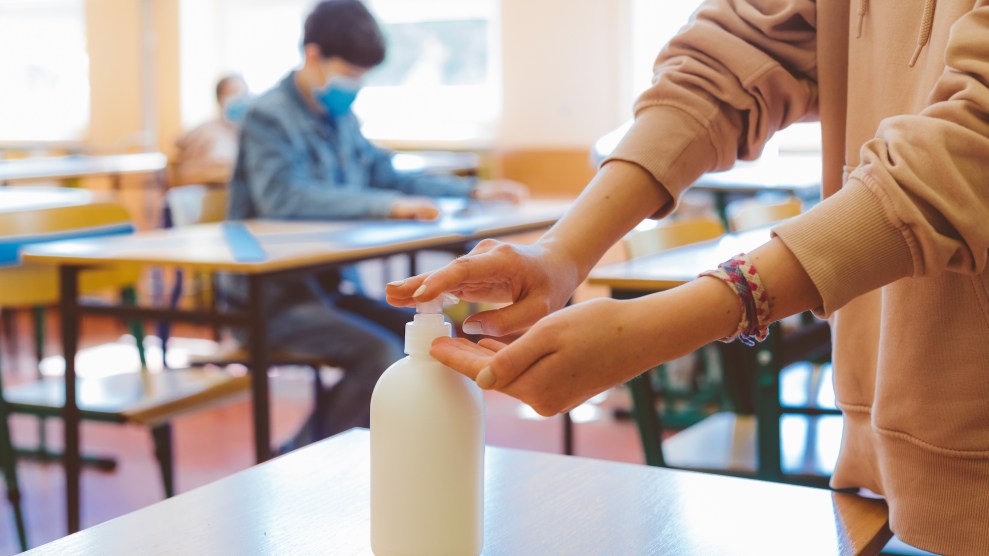 Schools across the country are set to open in mere weeks—some have announced exclusive virtual learning for the first months, others have promised to reopen with safety measures in place. But parents and staff continue to grapple with the confusion over what is safe and what isn’t while coronavirus cases skyrocket around the country. Are children of certain ages unlikely to catch the virus? Could they still be vectors? Are there ways for them to be together and still be safe? On Friday, the Centers for Disease Control published a case study with more bad news about kids and COVID-19, concluding that they “might play an important role in transmission.”

The study focused on an overnight camp in Georgia where, in June, 597 campers ranging in age from 6 to 19 and staff had gathered. The camp had some protocols such as requiring a test 12 days before arriving, having staff wear masks, and placing campers into smaller pods. But there were many ways the camp fell short of what public health officials have recommended: Campers were not required to wear masks, they shared cabins of up to 15 kids, and participated in a number of indoor gatherings. First, on June 23, a teenage staff member developed symptoms, and left. The next day, the camp began sending campers home and closed down on June 27.

Researchers found that the camp became linked to at least 260 infections among campers and staff. Children of all ages were susceptible to infection: 51 percent of the positive tests were for children who were from 6 to 10 years old, and 44 percent were 11 to 17. Of 136 cases with information about symptoms, 26 percent reported they had none.

These findings demonstrate that SARS-CoV-2 spread efficiently in a youth-centric overnight setting, resulting in high attack rates among persons in all age groups, despite efforts by camp officials to implement most recommended strategies to prevent transmission. Asymptomatic infection was common and potentially contributed to undetected transmission, as has been previously reported. This investigation adds to the body of evidence demonstrating that children of all ages are susceptible to SARS-CoV-2 infection and, contrary to early reports, might play an important role in transmission.

There are plenty of limitations to a case study, including that it’s possible kids became infected outside of camp, and no one can know with any certainty whether kids actually physically distanced or not. But the “attack rate,” or the number of positives, are also very likely an underestimate because of missed cases outside of the 344 tested. The camp became one of the largest super-spreader events in Georgia, where there are now 182,000 confirmed cases, more than 3,670 deaths, and 4,000 new cases added in a single day this week.

There’s still much we don’t understand about the role kids play in transmission and just how big an impact opening schools this fall will have on the still growing number of cases around the country. The political response hasn’t helped either, with Republicans like Georgia Governor Republican Brian Kemp banning cities and counties from issuing mask mandates. Parents have been left to face an impossible decision over with whether they should send their kids back to schools while science-denying politicians have given up on their responsibility to contain the pandemic. This latest study suggests that the consequences of reopening schools without stricter measures this fall may seed even worse outbreaks.

For a deeper dive into the confusing science over sending kids back to schools, read my colleague Jackie Flynn Mogensen.