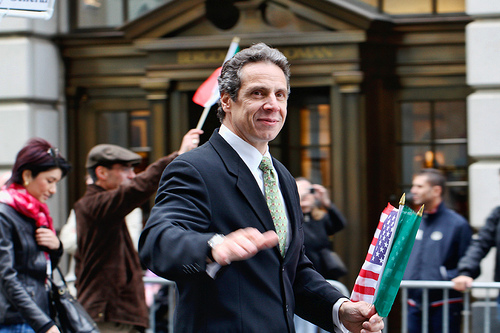 Despite the internet’s reputation as the last bastion of anonymity and a safe haven for nefarious things, New York Attorney General Andrew Cuomo announced Tuesday that his office has wiped 3,500 sex offenders from social networking platforms MySpace and Facebook. Or as he put it, “purge(d) them from their online worlds.”

Under the new Electronic Securing and Targeting of Online Predators Act (e-STOP), New York offenders must register their email addresses and usernames, in addition to their physical addresses with the state. So far, only Facebook and MySpace have agreed to help the state, but that’s kind of like saying only Apple and Microsoft have signed on.

It’s unclear from the attorney general’s statement whether the sweep actually caught anybody attempting to do something illegal, but the e-STOP law is pretty stiff. Depending on offenders’ parole status and the nature of their crimes, some offenders are barred from ever opening a profile. Which to someone like me who came of age in the aughts, sounds like the best way to keep the online Humberts and Lolitas of the modern world apart, and also just a teensy tiny bit Orwellian.

If social networking is a privilege you think sex offenders should universally forfeit  (and I’m not necessarily disagreeing), consider this: only about 8,000 of New York State’s nearly 30,000 sex offenders are registered under Cuomo’s internet database. If, as America’s Most Wanted host John Walsh said in the press release, “social networking websites have become the private hunting grounds for sexual predators,” someone might want to start, you know, collecting those screennames.

What do you think? Should more states take New York’s no-tolerance line? Is purging an offender’s Facebook profile going too far? In a world as slippery as the internet, will offenders just find a work-around?