In the wake of the killing frenzy in Tuscon, members of Congress have called for a renewed ban on high-capacity gun magazines of the sort that allegedly let Jared Loughner take 31 shots and hit 20 people before pausing to reload. The Federal Assault Weapons Ban, which expired in 2004, limited new gun magazines to a maximum of 10 rounds. According to the DC-based Violence Policy Center, clips that hold more than that have featured in some of the worst mass murders in the US in recent years: 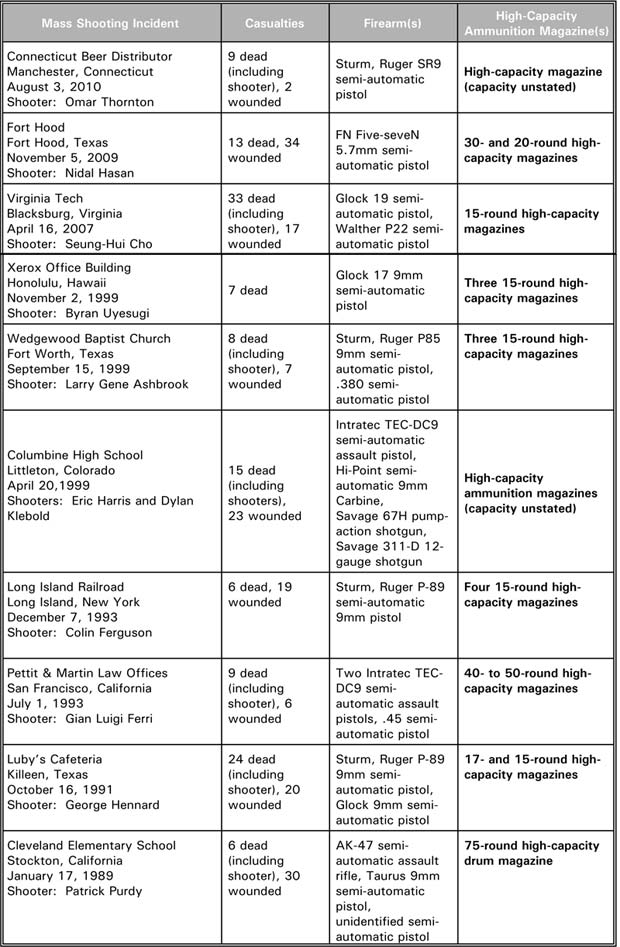