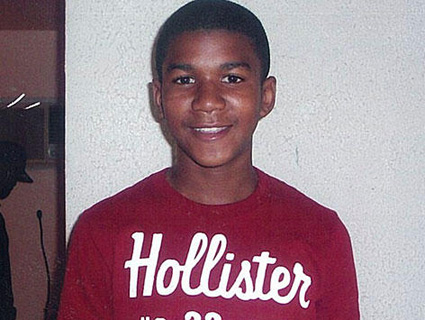 The right-wing reaction to the shooting of of Trayvon Martin has been mercifully muted. George Zimmerman, who followed Martin through the streets of an Orlando suburb believing he “was up to no good,” claims he was acting in self-defense. But the evidence suggest that Zimmerman provoked a confrontation with the unarmed Martin, who was out to grab a snack while watching the NBA All-Star game.

As my colleague Kevin Drum notes, Fox News has almost completely avoided the story, doing one segment between Martin’s death and March 19. National Review published a thoughtful piece this morning by Robert VerBruggen calling for Florida’s self-defense laws to be altered so they protect individuals genuinely acting in self-defense rather than vigilantes.

Yet The Blaze, the website started by former Fox News host Glenn Beck, has lived up to its founder’s penchant for reactionary racial paranoia. One post attacking Al Sharpton for criticizing local police for not arresting Zimmerman posits that Martin was once suspended from school for being tardy. The post then speculates that Martin could really have been suspended for any number of reasons, and offers a list that includes “armed robbery,” “arson,” “kidnapping” or “sexual battery” among others. (Perhaps even for Beck’s audience a black kid being late to school may not be enough to justify summary execution.) While Zimmerman stated at the very beginning of his call to the police that Martin “looks black,” the Blaze post interprets this to mean that “the audio weakens the racism charge, as it shows that Zimmerman was already suspicious of the teen before he could tell what race he was.” The post goes to excruciating lengths to rationalize away the possible racial elements at play, while groping for some implicit justification for Martin’s death.

The post’s original URL (tawana-brawley-2-0-al-sharpton-sides-with-aggressor-in-self-defense-case) refers to Martin as the “aggressor,” despite the fact that the police call establishes that Zimmerman chased down Martin rather than the other way around. The post also compares the situation to the 1987 Tawana Brawley case, which involved a young black woman who falsely accused several white men of rape—the incident that first brought Sharpton to national prominence. The comparison implies that the outrage over Martin’s death exists solely to substantiate a groundless charge of racism against white people who are, let’s face it, the real victims here.

That doesn’t mean The Blaze doesn’t take racism seriously. After all, it does offer a lengthy post, complete with photographs, on the threat by the New Black Liberation Militia (no, I haven’t heard of them before, either) to take Zimmerman into custody and turn him over to federal authorities. Buried down towards the bottom of the post, following several slideshows of black people in uniforms holding guns, is the recognition that “Martin may have been attacked, rather than the reverse.” It’s a matter of priorities—acknowledging the possibility that a teenager might have been murdered because he was black just doesn’t warrant the kind of urgency that mocking Al Sharpton or highlighting a publicity-seeking black militia does.

The black militia story is only the third most popular story on The Blaze at the moment, however. Ahead of it are two stories on Malia Obama’s trip to Mexico.