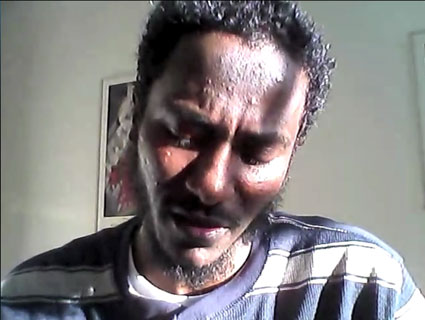 Last month, Mother Jones broke the story of Yonas Fikre. An American Muslim now living in Sweden, Fikre claims he was tortured in the United Arab Emirates at the US government’s request after refusing to become an informant for the FBI. On Tuesday, less than three weeks after Fikre’s allegations were made public, the Justice Department charged Fikre, his brother Dawit Woldehawariat, and a third man, Abrehaile Haile, with conspiring to hide $75,000 worth of money transfers to the UAE and Sudan from the government, all in violation of federal reporting requirements for large international financial transactions. Woldehawariat, Fikre’s brother, was also charged with failing to file a tax return in 2009 and 2010.

There are no allegations of terrorism associated with the charges.

Gadeir Abbas, a lawyer with the Council on American-Islamic Relations who has been working with Fikre, told Mother Jones on Wednesday that the federal charges were retaliation for Fikre’s refusal to cooperate with the FBI. “It is disappointing but not surprising that the FBI is retaliating against Yonas by filing specious charges against him after they promised to make his life difficult after he refused to become their informant,” Abbas wrote in an email. “While FBI agents lied to Yonas about many things, in this case, it seems that they have kept their word.”

Thomas Nelson, Fikre’s Portland, Oregon-based lawyer, told the Seattle Post-Intelligencer on Tuesday that he was unaware of the charges against his client. But Abbas said he’s been in touch with Nelson since then and the two are working together to decide what to do next.

And here’s the detention request: