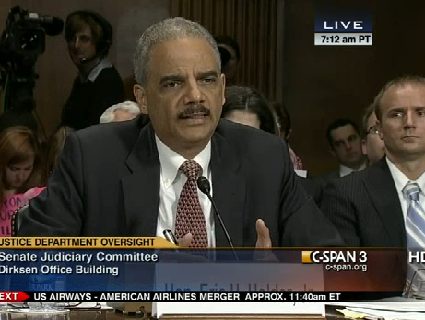 “It has come to my attention that you have now asked an additional question: “Does the President have the authority to use a weaponized drone to kill an American not engaged in combat on American soil?” Holder wrote. “The answer to that question is no.”

Holder had previously stated in a letter to Paul that he believed it would be appropriate to use deadly military force on American soil in two “catastrophic” scenarios—namely another Pearl Harbor or 9/11.

Paul had also asked during his filibuster whether an Arab American “sitting in a cafeteria in Dearborn, Michigan,” and suspected of ties to terror could be targeted with lethal force by a drone. “As for Paul and Holder, I suspect they’re in complete agreement on the ‘café’ hypothetical—but who isn’t?” says Steve Vladeck, a professor at American University School of Law. “This isn’t about cafés—it’s about dirt roads in northern Yemen.”