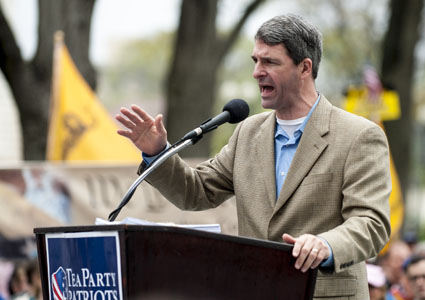 Cuccinelli wants the court to reconsider a March 2013 decision by the U.S. Court of Appeals for the 4th Circuit striking down the state’s “crimes against nature” statute. The 4th Circuit ruled that the law did not pass muster in light of the Supreme Court’s 2003 Lawrence v. Texas decision, which struck down the latter state’s anti-sodomy law as an unconstitutional criminalization of Americans’ sexual conduct. The Virginia law, however, remained on the books.

The three-judge panel ruled that an unconstitutional law could not be used to convict McDonald. It added that the Virginia Legislature could pass another law to criminalize sexual conduct specifically between a minor and an adult. The Lawrence ruling applied only to consensual adult conduct.

As Mother Jones noted, some 90 percent of Americans would be felons if the Virginia law were to be applied nationally. Cuccinelli has remained mute as to whether he’s one of them.