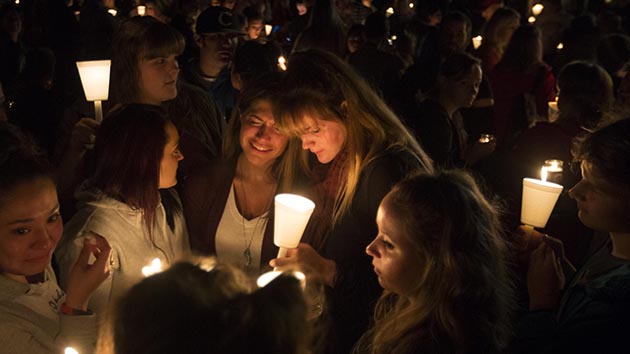 Sen. Richard Blumenthal (D-Conn.) announced a plan to introduce new gun legislation in the wake of Thursday’s school shooting at Umpqua Community College in Oregon that left 10 dead and 7 others injured.

My thoughts are with the victims of the #UCCShooting. The frequency of mass shootings is beyond disturbing. We must act to end gun violence.

The proposed legislation, which seeks to ban gun sales without background checks pending beyond 72 hours, cites June’s massacre in Charleston, South Carolina, inside a historic church, and the revelation soon after that a loophole in the background check process allowed shooter Dylann Roof to obtain a gun.

“While certain facts remain unknown, the FBI has acknowledged that a fully completed background check would have uncovered Dylann Roof’s prior arrest on a drug charge and his drug addiction, thereby barring him from purchasing the .45-caliber handgun with which he took nine lives,” a statement released by Blumenthal’s office said.

This is hardly the first time the senator has been front and center of the gun control debate. Following the 2012 Newtown shooting massacre in Blumenthal’s state of Connecticut that killed 26 people, including 20 children, he came in out in strong support of gun safety measures. Congress, of course, failed to pass the legislation.

Back in May of 2014, he again pushed lawmakers to revive the gun legislation debate, “saying Congress will be complicit” if members fail to act again. Despite repeated calls, the introduction of new gun control legislation today will likely meet the same fate.