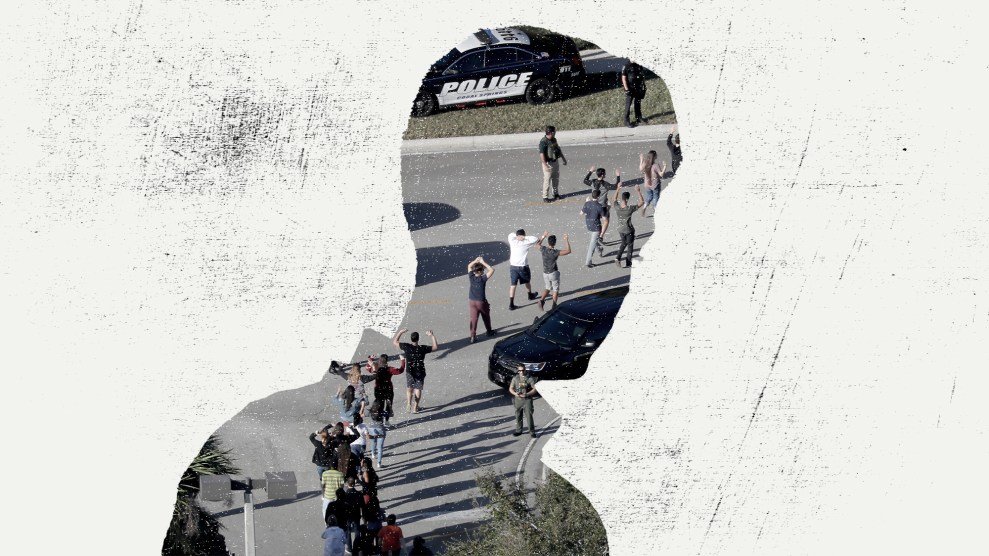 Every time another mass shooting takes place, we hear the same refrains: Something caused the killer to suddenly snap. He was undoubtedly mentally ill. No one who knew him could have seen it coming.

But the reality of mass shootings in America is starkly different from these familiar misconceptions. Mass shooters don’t explode out of nowhere—they plan and prepare. Most have no diagnosable mental illness. And their attacks are almost always preceded by behaviors that stir apprehension in people close to them, possible warning signs that crop up over a lengthy period of time.

These concepts have long been known in the field of behavioral threat assessment, an emerging discipline that combines law enforcement and mental health expertise to prevent mass shootings and other targeted violence. Now, a new study published by the FBI expands this forensic research on active shooters and with it, the prospect of thwarting would-be killers before they act.

On average, each of the active shooters displayed four to five troubling behaviors that were observable to people around them—beginning months or even years before the attack.

The study, co-authored by criminal justice professor James Silver of Worcester State University and Supervisory Special Agent Andre Simons and researcher Sarah Craun of the FBI’s Behavioral Analysis Unit, represents a second phase of FBI research on 160 active-shooter incidents between 2000 and 2013. Phase one, published in 2014, examined who carried out the rampages, where, how, and with what impact. The new phase, which uses law enforcement case files to dive deep into a subset of 63 attacks, seeks to better understand how active shooters behaved before they struck and, when possible, to determine their primary motive.

The study refutes several misconceptions about shooters, including the notion that they burst out of extreme social isolation. Most, in fact, lived with or had social connections to other people—who were likely to have witnessed disturbing pre-attack behaviors. Those behaviors most commonly involved mental health problems related to anger, paranoia, or depression; troubling levels of interpersonal conflict; or communicated threats of violence.

Although the study emphasizes that such possibly alarming behaviors don’t indicate violence on their own and may be more easily recognized in hindsight, the data suggest significant promise for early intervention. On average, each of the 63 active shooters displayed four to five troubling behaviors that were observable to people around them such as classmates, friends, teachers, spouses, or domestic partners. And in a majority of the cases, the first known instance of troubling behavior came more than two years prior to the attack.

The study’s findings on how shooters plan and prepare highlight windows of opportunity for intervention. More than three-quarters of the killers spent a week or longer planning their attacks, while two-thirds spent at least a month planning, and some spent far longer. And about half of the shooters took a week or longer to carry out preparations for their attacks, including obtaining firearms, ammunition, and body armor or other tactical gear.

As a tool for better identifying people who may be turning dangerous, the report isn’t just aimed at threat assessment professionals, according to its authors. The field has long faced a major challenge with so-called bystanders who may have a bad gut feeling about someone’s behavior but are reluctant to seek help from authorities. That problem is reiterated by the new research: Concerned bystanders only notified law enforcement in 41 percent of the emerging cases.

“We think that more knowledge and awareness of what some of these pre-attack behaviors are will help validate bystanders’ concerns or suspicions and empower them,” Simons told me. The more complex analysis of the cases contained in the study, he added, could help diminish the stereotypical idea of the shooter as “a loner,” which reinforces the public’s sense that would-be attackers aren’t detectable and may prevent bystanders from speaking up.

“It’s important that people understand that active shooters are people in the community,” Silver said. “They have jobs. They’re in school. They do talk to people. They come from all walks of life.”

Shooters in 40 percent of the cases purchased at least one weapon “legally and specifically for the purpose of perpetrating the attack.”

The study reaffirms that there is no useful demographic profile for active shooters. The vast majority were male (all but 4 of the 63), but that only narrows the pool down to approximately half of the US population. About two thirds were white. Others were black, Asian, Hispanic, Middle Eastern, and Native American. The shooters ranged in age from 12 to 88. The largest age group, nearly a third of all the attackers, was 40- to 49-year-olds.

The report also further validates several key findings from our long-running investigations into mass shootings at Mother Jones. The overwhelming majority of active shooters obtained their firearms legally, according to the new FBI study. (Six percent stole firearms, and just 2 percent purchased guns illegally.) A particularly striking data point here is that shooters in 40 percent of the cases purchased at least one weapon “legally and specifically for the purpose of perpetrating the attack.”

Most active shooters in the study exhibited behavior linked to mental health problems; nearly half were suicidal, a finding echoing our research on mass shooters. Here, the FBI report underscores a crucial distinction—that mental health-related behavioral problems are not the same thing as having a clinically diagnosable mental illness. The FBI could only verify that 25 percent of the active shooters were known to have been professionally diagnosed with a mental illness of any kind prior to their attacks. Only three cases involved a psychotic disorder.

Another stark finding: Nearly three-quarters of the 63 shooters had personal connections to the sites they attacked, usually a current or former workplace or a current or former school. As with our previous research, this debunks the widespread claim that shooters simply select their targets at random or because they are motivated to attack so-called “gun-free zones.”

The study’s insights on target selection dovetail with the inquiry into motive. While answers can often be limited by the complexity of a case or a lack of clear evidence as to why a shooter attacked, the study builds on previous research showing that deep-seated grievances harbored by the attackers—stemming from interpersonal, school, employment, or financial circumstances, among others—are often at the root of the matter. “Most of these grievances seem to have originated in response to some specific action taken regarding the active shooter,” the authors write. “The grievance itself may not have been reasonable or even grounded in reality, but it appeared to serve as the rationale for the eventual attack, giving a sense of purpose to the shooter.”

Since the massacres at high schools earlier this year in Parkland, Florida, and Santa Fe, Texas, behavioral threat assessment has seen a surge of interest around the country, according to several experts in the field I’ve spoken with. With both the STOP School Violence Act and the EAGLES Act of 2018, Congress backed the further development of threat assessment teams nationwide as “one of the most effective ways” for local authorities to prevent school shootings. The newly published FBI research could help bridge the gap between people worried about a troubled individual who may be thinking of going on a rampage and those who may be able to step in and help before it’s too late.

“At least one person noticed a concerning behavior in every single shooter,” notes Craun, the report’s other co-author. “So this is geared toward friends and family, the people who have contact with those who they’re concerned about.”