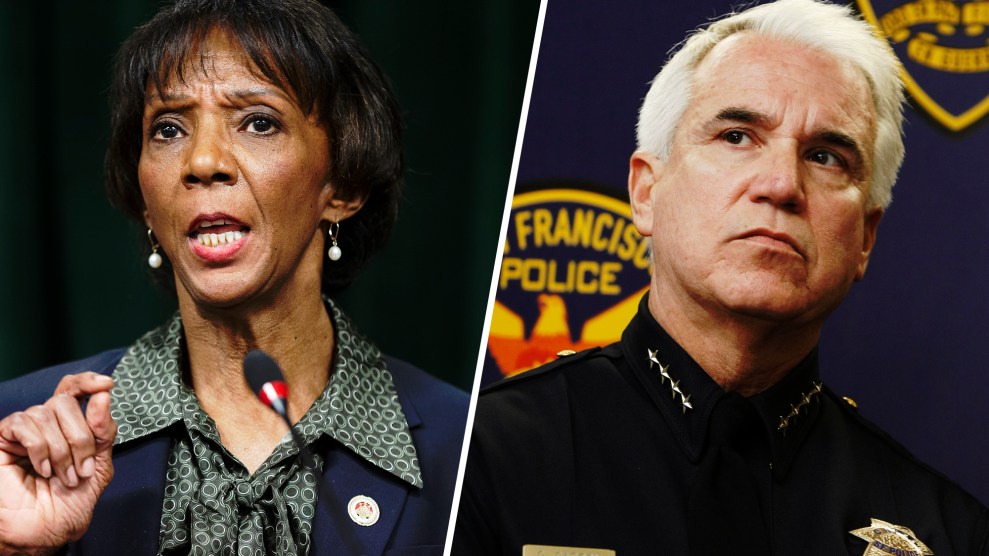 In the days after a Minneapolis police officer killed George Floyd, George Gascón, an ex-police officer who is now running for district attorney in Los Angeles County, stepped out of his home near Long Beach to join anti-police protesters in the area. Later, he watched television footage of the protests, and saw officers pelt demonstrators with rubber bullets, even those who were chanting slogans while seated on the ground.

Patrisse Cullors, co-founder of BLM, calls it “the single most important DA race in the country.”

The footage made him uncomfortable. In the 1990s, after Los Angeles officers beat Rodney King, Gascón worked for the police department and trained his colleagues to be less violent when dealing with crowds. “I know this may come as a shock for some people in policing,” he told me over the phone in October, “but simply because someone doesn’t comply with your orders doesn’t give you a license to use excessive physical force and harm people.”

Gascón later served as San Francisco’s district attorney from 2011 to 2019. When he returned to Los Angeles and mounted a campaign to run for the same position in his former home, it seemed little had changed at the police department. Now, as he strives to become the county’s top prosecutor, he has found himself siding against his former law enforcement colleagues: A centerpiece of his campaign has been a pledge to hold them more accountable.

First he’d have to win—and the race is tight. Gascón’s opponent, incumbent Jackie Lacey, is the first Black woman to ever hold the job. She has the support of the police unions, and she handily beat Gascón in the primary, though he clinched just enough votes to force a run-off.

But that was before Floyd’s death sparked a nationwide movement to rethink policing in America. Since then, some politicians have rescinded their support of Lacey. Rep. Adam B. Schiff (D-Burbank) withdrew his endorsement of her in June, and Los Angeles Mayor Eric Garcetti did the same in October. Gascón, meanwhile, has picked up endorsements from California Gov. Gavin Newsom and Sens. Elizabeth Warren, Bernie Sanders, and Kamala Harris. In July, his campaign released polling numbers that showed him ahead of Lacey by 3 points, with a third of respondents undecided.

The outcome will be consequential: Los Angeles County has the biggest prosecutor’s office in the country. And in part because of its size, more people are fatally shot by cops and sheriffs’ deputies there than just about anywhere else.

Lacey didn’t join the protests after Floyd’s death, because she worried they wouldn’t be safe for her. While she condemned what had unfolded in Minneapolis, she also knew Black Lives Matter activists had been demonstrating outside her own office for years. Her husband even pointed a gun and threatened to shoot some of the activists who had gathered outside their home just a few days before the primary in March—an incident that drew national headlines.

The activists were angry that Lacey has not prosecuted hundreds of police officers for violence. They say more than 600 people have died in law enforcement custody since Lacey was elected in 2012, but her office has only charged two officers.

By the numbers, Gascón’s track record on police accountability doesn’t look a whole lot better: As San Francisco DA, he didn’t prosecute any officers for killings. But he supports some progressive reforms that could reduce the number of police shootings, like a countywide standard that would only allow officers to use deadly force as a last resort. And he’s pledging to reopen at least four of the cases Lacey dismissed if he’s elected. “There will be a fair, unbiased investigation, and if that investigation reaches the conclusion that there was an unlawful shooting, absolutely we would move forward,” he told me.

Police are taking note. Many of them oppose Gascón because he’s pledged to prosecute more of them. In a race that has drawn $12 million in donations, law enforcement unions have donated massive sums to support Lacey—making up about three-quarters of her total fundraising. Gascón, whose biggest donations have come from wealthy Bay Area advocates and New York billionaire George Soros, has blasted these contributions from cops as a conflict of interest, given that Lacey’s office is responsible for filing charges against officers who break the law. In September, Lacey had to recuse herself from investigating a police officer who killed a man, because the officer’s father leads the Los Angeles police union, which donated to her. “It’s hugely problematic,” Melina Abdullah, a co-founder of Black Lives Matter LA, says of Lacey’s police union ties. “It’s very clear [the officers] are propping her up because she’s propping them up.”

“It’s very clear [police officers] are propping her up because she’s propping them up.”

Lacey denies there’s a conflict, and says a team of attorneys in her office reviews each police shooting case and makes recommendations about whether to prosecute. “I’ve never overturned a single decision by my lawyers,” she told me of these cases. “To say that because unions are supporting me that they are going to dictate to me, it doesn’t match up with what actually happens.” Oftentimes, she says, she can’t prosecute because California law gives officers great latitude to use force if they fear for their safety. She points out that police shootings have decreased in Los Angeles in recent years. And she characterizes Gascon’s pledge to revisit four old shooting cases as “political pandering” that’s offering people false hope when “he doesn’t have the facts on the case.”

That’s just the tip of the iceberg when it comes to their differences on police accountability. Though Gascón doesn’t support efforts to completely abolish police departments, he says that Los Angeles has invested too much in law enforcement and not enough in education and social services, and he wants to see a shift in resources.

Lacey, on the other hand, contends that while better training for cops is needed, downsizing the number of officers in the police department could lead to an uptick in crime. The city of Los Angeles, she adds, already hires fewer officers per capita than some other big metropolitan centers like Chicago and New York.

Beyond policing, the candidates have markedly different stances on just about every relevant issue. While Lacey’s office has sent 22 people to death row, Gascón pledges not to use the death penalty, and wants to resentence the 229 people who are now condemned to die there. During the pandemic, he also wants to stop or delay prosecuting certain low-level crimes that Lacey’s office has pursued, a change that could further reduce the jail population as coronavirus cases spike behind bars. (Lacey points out that the county’s jail population decreased drastically in the early months of the pandemic as the sheriff’s department and courts allowed more people to await trial at home, though those numbers are creeping up again.)

Gascón supports a ballot initiative that would allocate about $300 million for alternatives to incarceration and community investment. Lacey has reportedly opposed the measure, describing it as a hasty response to a budget issue that requires more study.

Lacey, who retains endorsements from California Sen. Dianne Feinstein and San Francisco Mayor London Breed, has questioned how anger about Floyd’s death and other killings by police could lead to more support for her opponent, given his background as a cop. “What I don’t get is the hypocrisy of being mad about this but then supporting and helping a guy who was an LAPD officer for 30 years,” she told the Los Angeles Daily News, adding it will be “one of the most interesting ironies” if Gascón wins after it “took 160 years to get an African American in that office.”

But some activists in the Black Lives Matter movement believe Gascón has evolved since his days as a beat cop. Patrisse Cullors, a co-founder of the movement, supports him and has called the face-off “the single most important DA race in the country.” The Los Angeles chapter of Black Lives Matter has not formally endorsed a candidate because it doesn’t support the district attorney’s office in general, but it is adamantly against Lacey. Just about every week for years, the group has organized protests outside her office, calling on her to prosecute police. At a town hall event with activists in 2016, Lacey stood onstage as people in the crowd accused her of being a “race traitor” and helping “killer cops.” Later, some protesters went to her home and used a projector to beam the words “Jackie Lacey Must Go” onto her garage door.

“There have been so many murders at the hands of police, and virtually none of the officers have been held responsible,” says Abdullah, one of the activists whom Lacey’s husband, David Lacey, threatened with a gun before the March primary. (David Lacey is now facing criminal charges.)

Yes, Gascón once wore a badge, Abdullah says. But “I don’t think it’s possible to do worse than Lacey.”