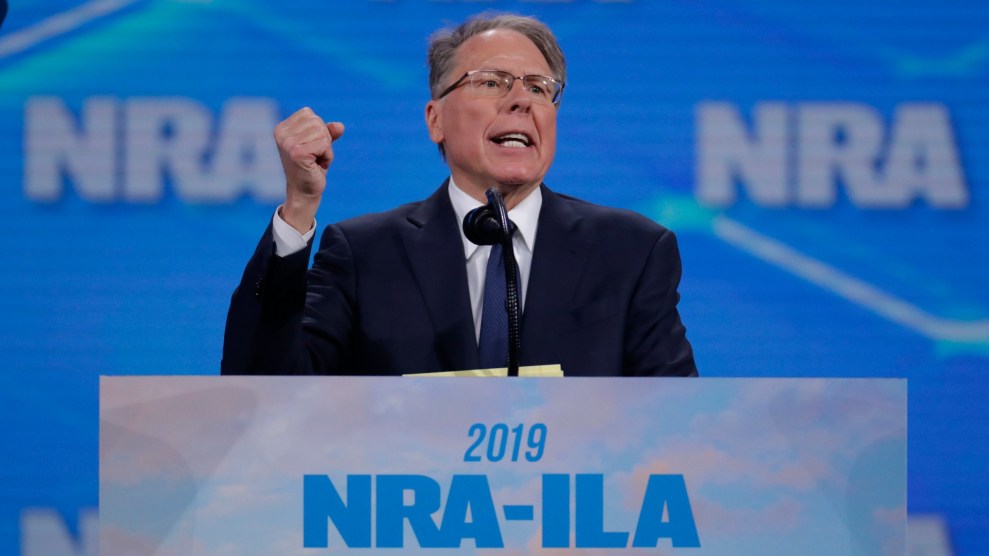 To say that 2020 was a year of unprecedented turmoil would be an understatement. More than 350,000 people have died in the United States due to COVID-19. But the pandemic has also had a crippling ripple effect: It has devastated the economy, put millions of people out of work, and shut down thousands of restaurants and small businesses—leaving thousands more hanging on by a thread. And the worst might still be yet to come. But amid the chaos and turmoil of the past year, one industry has surged to record highs: gun manufacturers.

Nearly 40 million firearms were sold in 2020, according to FBI data. That’s the largest number of guns sold in a single year since the FBI started tracking tracking background checks conducted through its National Instant Criminal Background Check System in 2000. It’s a significant rise from the previous annual records, including 2016, when an estimated 27.5 million guns were sold, and 2019, when 28.3 million guns were sold. It’s an imperfect metric, since NICS can also be used for things other than buying a gun—like obtaining a concealed carry permit. But since no other federal data exists for tracking the sale of firearms, it’s considered the best indicator of gun sales in the country.

It’s not surprising that gun sales soared this year. The early months of the pandemic sent people into a panicked frenzy, stockpiling groceries and other supplies they thought they might need—including guns—amid nationwide lockdowns. And then, after the police killings of George Floyd and Breonna Taylor sparked mass protests and civil unrest, gun sales continued to soar, especially as Trump and his GOP allies used racist and violent rhetoric to fan the flames. All the while, gun rights groups like the National Rifle Association used both the pandemic and civil unrest to stoke their base of supporters and urge people to buy more weapons in order to protect themselves.

As gun sales soared in 2020, so did gun violence. According to data compiled by The Trace, gun homicides as of October 2020 had already surpassed the year-end totals of the previous four years. The Gun Violence Archive, a nonprofit research group that compiles data on violence in America, reported that nearly 20,000 people were killed in 2020 because of gun-related violence—and that number does not include gun-related suicides, of which there were an additional 24,000. Mass shootings—which The Trace defines as any shooting with four or more victims—also sharply increased in 2020, up by more than 50 percent over any recent year on record.

Though it’s hard to definitively link the rise in gun-related violence with the spike in gun sales, there has been some research done that connects the two. A study published in the scholarly journal Injury Epidemiology in August 2019 found that surges in firearm sales following the 2012 election and Sandy Hook massacre were associated with a rise in gun-related injuries and concluded that “even marginal increases in handgun prevalence may be impactful.”