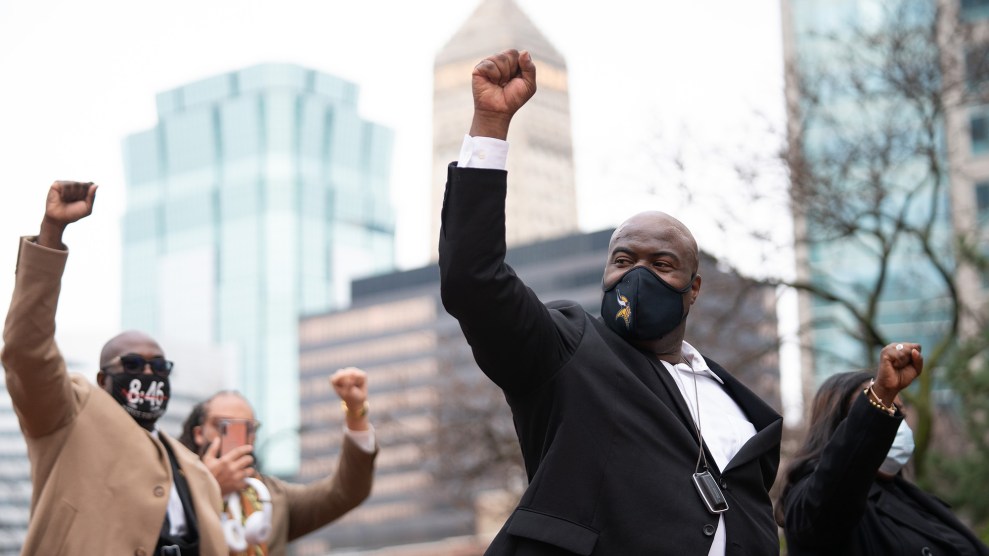 After just 10 hours of deliberation, the jury in the Derek Chauvin trial found the former Minneapolis police officer guilty on all charges in the death of George Floyd. Last May, bystander video of Chauvin kneeling on Floyd’s neck as he struggled to breathe, called out for his mother, and cried out in pain, went viral, sparking nationwide protests and calls for a racial reckoning.

Several high-profile police shootings served as the backdrop of the Chauvin trial. Earlier this month, white police officer Kim Potter shot and killed 20-year-old Daunte Wright during a traffic stop in Brooklyn Center, Minnesota, a suburb of Minneapolis. The 26-year veteran said she mistook her gun for a Taser. Potter has been charged with second-degree manslaughter. Then, body-camera video footage of the shooting of 13-year-old Adam Toldeo in Chicago was released. In March, Chicago Police Department officer Eric Stillman killed Toledo and subsequently released a statement saying the child was armed and a threat to law enforcement. But the body-worn camera footage showed that Toledo had stopped running, turned around, and put his hands up when he was fatally shot. These shootings added to the tension surrounding the trial as demonstrators gathered in Minnesota and Chicago to denounce police violence and law enforcement responded with tear gas and arrests.

During the trial, the state of Minnesota presented a case that sought to paint Chauvin as a bad cop who violated the city’s use of force policy when he restrained Floyd with his knee. Several MPD officers, including the chief, Medaria Arradondo, testified that Chauvin violated protocol and used excessive force. The state also had medical experts testify that Floyd died because of the knee on his neck. “You can believe your eyes. It was what it was,” Jerry Blackwell, a prosecutor for the state told the court during closing arguments.

Eric Nelson, Chauvin’s lawyer, argued that Chauvin operated within the confines of reasonable force. He told the court that Floyd died not from the knee on his neck but a drug overdose and heart disease. In an attempt to confuse jurors, one witness, Dr. David Fowler, also testified that car exhaust fumes could have contributed to Floyd’s death. Nelson also intimated that Chauvin had to restrain Floyd for so long because the victim had “superhuman strength” and was much larger than Chauvin— harkening back to a racist myth about the power and aggression of Black people. “There is absolutely no evidence that Officer Chauvin intentionally, purposefully applied unlawful force,” Nelson told the jury.

The jury disagreed. Now, Chauvin joins a very short list of police officers who have been convicted for killing a member of the public while on duty.