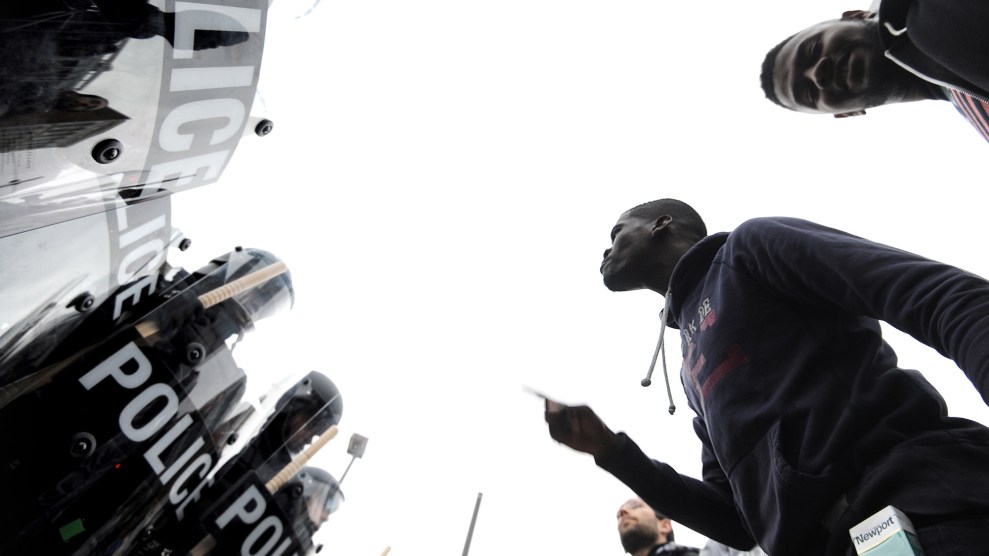 In Minnesota, Derek Chauvin’s trial in the killing of George Floyd is on the verge of its third week, with no clear sign yet whether the police officer who knelt on Floyd’s neck for about nine minutes will be convicted of murder. But in Maryland, one attempt to impose accountability on police after Floyd’s death has already succeeded. On Saturday, Maryland legislators overrode the veto of the Republican governor, Larry Hogan, to pass a sweeping package of police reform bills that will restrict no-knock warrants, limit when officers may use deadly force, and transform the police disciplinary process.

The Maryland legislation is the second landmark policing bill making its way into law this week inspired by the nationwide reckoning over police violence after Floyd’s death in May. On Wednesday, New Mexico Gov. Michelle Lujan Grisham, a Democrat, signed a law banning qualified immunity for government employees in the state, making it easier for people to sue police for violations of civil rights.

The Maryland Police Accountability Act doesn’t touch qualified immunity, but it creates a new legal standard that police only use “necessary” and “proportional” force. Police groups opposed the bill and defended standing policy, which required only that the use of force be “reasonable.” Now, officers who kill or seriously injure a person as a result of excessive force could face up to 10 years in prison.

The law also mandates that police misconduct complaints, even those rejected as baseless, become public records. Body cameras will be mandatory. “No-knock” warrants—which have become a subject of public outcry following their role in the death of Breonna Taylor—will be restricted.

The state’s powerful Law Enforcement Officers’ Bill of Rights, which allowed police officers to delay investigations into their wrongdoing, scrubbed their record of complaints, and guaranteed that only fellow officers would investigate them, has been repealed. Civilian panels will now examine evidence of police misconduct and recommend discipline.

In his veto message, Hogen wrote that the act would “erode police morale, community relationships, and public confidence” while making it harder to recruit and retain officers. But the bill’s supporters argued that unpunished abuses and unheard protests do far more to damage trust between communities and the officers who police them. “We are on the right side of history,” said Sen. Jill P. Carter (D-Baltimore City), the sponsor of one bill in the package and a longtime fighter for police accountability.

“This is what the community wants—they want reform, they want transparency, and they want accountability,” Caylin A. Young, public policy director of the ACLU of Maryland, told the New York Times. “There needs to be a reimagining of what policing in Maryland looks like.”

Beyond the laws, there’s growing evidence that the Black Lives Matter movement has had an impact on police behavior: census places that had BLM protests saw a 15 to 20 percent reduction in police uses of lethal force, according to a new study.