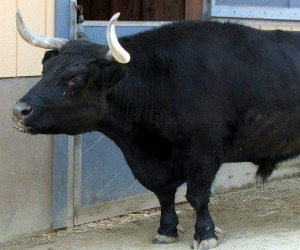 American Farm Bureau Federation
One of Capitol Hill’s most vocal lobby groups, it is also one of the nation’s largest crop and livestock insurance companies. Its county-level meetings have been a prime forum for airing fears about the climate bill.
Lobby spending: $2,634,661
Lobbyists: 37
Campaign contributions: $26,000

National Milk Producers Federation
Has some 40,000 members, from local co-ops to titans like Kraft Foods; vows to “ensure that agricultural enterprises are shielded from any adverse impacts” of climate legislation.
Lobby spending: $460,000
Lobbyists: 17
Campaign contributions: $88,000

National Farmers Union
Represents some 250,000 mostly small farmers and ranchers; the only major ag group supporting Waxman-Markey, it flew members to DC in September to lobby for it.
Lobby spending: $450,000
Lobbyists: 3
Campaign contributions: $57,500

Campaign contributions are for ’07/’08 cycle, House and Senate campaigns only. Lobby spending is for first half of 2009. All figures from the Center for Responsive Politics.