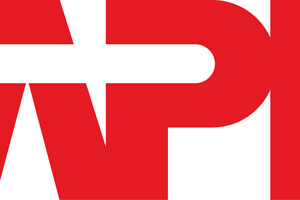 Meet “Bryan from Ohio” and “Judy from Alaska”—just a couple of the hardworking, freedom-loving Americans who’ve signed on to support the pro-oil advocacy group Energy Citizens. This August, the group held a rally a few blocks from Exxon HQ in downtown Houston “to give these energy citizens a voice in the climate bill debate.” Its blog described the 3,500 attendees as “truckers, farmers, homemakers, small business people, veterans, and the unemployed” who expressed their concerns about the Waxman-Markey climate bill.

Or their bosses’ concerns. Energy Citizens is a creation of the American Petroleum Institute, the oil industry’s largest trade group. (In 2009, API has spent some $5.8 million on lobbying, much of it on the climate and energy bills.) A memo from API president Jack Gerard, leaked to Greenpeace, urged his group’s members to ensure “turnouts of several hundred attendees” at supposedly grassroots events like the ones Energy Citizens was sponsoring. He explained, “Our member company local leadership—including your facility manager’s commitment to provide significant attendance—is essential to achieving the participation level that Senators cannot ignore.” Kate Sheppard (then at Grist) obtained a list of the coordinators of 21 events Energy Citizens was planning; 15 out of the 21 were registered lobbyists, mostly for API and its affiliates.

Energy Citizens’ website is filled with first-person video testimonials from people identified only by their first names and home states. Plucky Guardian blogger Leo Hickman sussed out that “Shaka from Tennessee” was likely Shaka L.A. Mitchell, until recently the executive vice president of the Tennessee Center for Policy Research, which hosts the denialist website Carnival of Climate Change. (Hickman’s hunch was borne out by this Wake Forest University alumni news profile). Mitchell was previously head of outreach for the Institute for Justice, a libertarian Beltway think tank partly bankrolled by right-wing petrobillionaires Charles G. and David Koch, who are among the largest funders of climate skeptics.