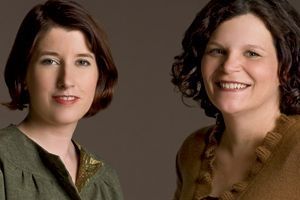 The Deepwater Horizon spill was only about a month old—no spill-cam yet, no top kill or junk shot or umpteen other attempts to plug the cursed hole—when we saw a note from MoJo reporter Mac McClelland flicker across our tweet stream: “Has oil made landfall in Port Fourchon, LA? Can’t look, bc cops turned us around at bridge to beach.” Mac managed to run BP’s blockade, and soon came tweets from another beach, including a picture of her foot with the caption, “This was when I realized oil arrived: when I stepped in crude.”

That was just the beginning. Everywhere Mac went, she found government and corporate officials working hand in hand—sometimes literally, as with the BP spokeswoman married to a sheriff’s deputy—to keep the public and press at bay. It was the same for reporters from CBS, ProPublica, Yahoo News, you name it. This wasn’t about security or public health: Tourists were encouraged to hang out on the beaches, even as reporters were shooed away. No, it was the same principle that prompted the Bush administration to forbid photos of flag-drapped coffins: Nothing to see here, folks.

And really, should we be surprised? Corporations like to endear themselves to us—whether through the social-media hijinks of Old Spice Guy, or the eco-stylings of “Beyond Petroleum”—but buyer beware. (And that applies exponentially to any company that advertises on the Sunday morning talk shows.) There is no reason for them to put the public interest above those of their shareholders and executives; to do so would be a violation of a CEO’s fiduciary duty. No matter any amount of rhetoric to the contrary, BP is organized to serve one thing first and foremost: BP.

It’s pretty devastating that for most of the spill’s duration, Mother Jones had more reporters covering it than the majority of America’s newspapers and TV networks.

There is no upside for the shareholders in admitting what BP’s oil has really done to the Gulf. Nor is there an upside in ensuring the survival of the region’s culture and ecosystem. BP’s exposure is huge, but also circumscribed: a fine per barrel of oil spilled, some amount of royalties, lost-earnings claims from local fishermen and resort workers (so long as they meet Tony Hayward’s definition of “legitimate”), and the rehabilitation of certain wildlife, so long as said wildlife has the good sense to show up at a cleaning station. If a dolphin or pelican sinks beneath the waves and no one sees, it didn’t happen. And if billions of creatures perish in the deep sea, if their spawning grounds and food supplies and basically the entire Gulf ecosystem are destroyed for generations to come, that didn’t happen either.

So BP did what made sense for BP: It pumped millions of gallons of dispersants into the Gulf, even though oil treated with dispersants is far more destructive than oil alone. It lowballed flow-rate estimates by a factor of 30 or more. It put pretty much every captain sailing the Gulf on the payroll, forbade them from talking to the press, and somehow managed to ban private planes from the airspace near the spill site. It offered $250 an hour to damn near every scientist in the region, so long as they’d agree to keep their research secret. And so on.

The question as we move from the OMG phase of the disaster into the reckoning phase is: If BP did what made sense for BP, will America do what makes sense for America? Sure, not every company will go to the lengths BP has to lie, cheat, and stall its way out of a problem. But every corporation is organized around self-interest. So how do we keep that self-interest in check?

Part of the answer, obviously, is oversight. (And not the servile kind BP got: supersize rigs, rubber-stamp approval, hold the safety regs. Would you like fries with that?) Part of it, too, is a vigilant press. It’s pretty devastating that for most of the spill’s duration, Mother Jones had more reporters covering it than the majority of America’s newspapers and TV networks. Mac’s been in the Gulf for nearly four months; Kate Sheppard, based in Washington, is covering the regulatory debacle, and Josh Harkinson investigated the corner-cutting that led to the Deepwater Horizon explosion. Finally, in this issue, Julia Whitty reports on the new science that reveals the true magnitude of BP’s crime.

How did we manage to do what much larger outfits wouldn’t? To be honest, we just threw what little resources we had at the story with no idea how we’d pay for it. No small gamble, given the financial crisis that’s affecting us like every other news organization. But we asked readers to pitch in, and lo and behold, you’ve already given more than $20,000, enough to keep our coverage going for now. (Dying to know the URL? motherjones.com/bp-donate.)

Unlike BP, Mother Jones is not organized to enrich shareholders or an owner. We’re a nonprofit, obligated only to hold accountable what one of our founders, Adam Hochschild, once called the “great unelected power wielders of our time.” With your help, we hope to keep at it.