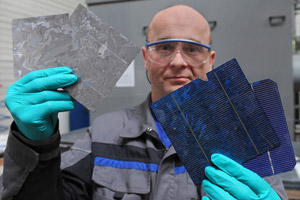 A recent National Academy of Sciences report (PDF) notes that CO2 lasts thousands of years in the atmosphere, so if we really want to limit the damage from climate change, we’ll need to drop the world’s energy system to near-zero emissions by 2050. Yet the UN’s climate chief, Cristina Figueres, recently admitted: “I do not believe we will ever have a final agreement on climate change, certainly not in my lifetime.”

Is it time to give up? No, but a better strategy might help.

First, any viable approach to solving the climate crisis is going to require both humility and patience. World energy use—the cause of most CO2 emissions—is expected to triple in the next 40 years, due to rising population and incomes in Asia. Given this growth rate, as Roger Pielke, Jr. has noted, we’d need to build more than 12,000 nuclear plants just to get our mid-century CO2 emissions to half of where they were in 1990. (For comparison, just 430 nuclear plants exist today.)

That’s not to say substantial change in energy systems would be impossible. In 40 years, the United States managed to scale up two energy technologies not previously in commercial use: the combined cycle gas turbine and nuclear power. Together, those now provide nearly 40 percent of the nation’s electricity. China was able to construct a US-sized fleet of coal plants in just the last five years. We can build energy infrastructure quickly when the conditions are right.

But it wouldn’t be wise to build 12,000 standard nuclear plants, nor can we get the equivalent energy production by erecting tens of millions of today’s wind turbines. (Wind energy output changes from hour to hour, adding substantial costs and technical challenges to the electric grid.) We need much better and cheaper technologies, including, among other things, improved carbon capture and storage, cheap energy storage for wind and solar, and advanced nuclear plant designs that radically reduce waste and the risk of proliferation.

So what’s the right strategy to promote the required innovation? Along with colleagues at the Consortium for Science, Policy, and Outcomes, as well as 40 experts from private industry and government, we at the Clean Air Task Force came up with the following principles:

First, we need to learn by doing. While research and development lays the groundwork for future breakthroughs, the immediate construction of projects at commercial scale allows us to develop known technology for use in the next two decades. By building out the latest ideas instead of locking them behind a laboratory door, we discover flaws that can then be addressed. If we set up 30 full-sized facilities for removing carbon emissions from coal and gas plants and injecting them underground, that would move us closer to perfecting this technology than another decade spent doing experiments.

Second, spread the effort around. Many US plans for spurring energy innovation would continue to use the Department of Energy as the main driver. The DoE does some things well but monopoly is rarely a good idea inside or outside of government. During the Cold War effort to develop advanced military systems, the government set up multiple units and agencies to nurture innovation in the private sector. Indeed, one possible source of energy innovation is the Department of Defense, which has a long history of getting big, new technologies out the door. The Pentagon also buys as much electricity as 2.6 million people, and has an annual liquid fuel bill of $10 billion. Let’s harness its project-management acumen and vast purchasing power to this peacetime mission.

Third, regulate our way to cleaner energy. Emissions standards related to acid rain and smog spurred substantial innovations in emission controls for power plants and cars, resulting in emissions reductions of 60 to 90 percent within a decade, and at a manageable cost. The same can hold for CO2 from coal and gas plants (the cause of more than one-third of US emissions), although more time may be needed.

Fourth, the government can literally buy innovation. Federal and state agencies, for example, could contract for electricity from “first of a kind,” low-carbon projects. Providers could be made to compete for the lowest prices on these new sources of electricity. Through tax breaks, we already “spend” roughly $6 billion per year to support conventional wind power. An equivalent amount should be spent on innovation by purchasing the output of cutting-edge carbon-capture facilities, modular nuclear reactors, and other new technologies.

Some other things would help, too. Let’s reverse our policies supporting first generation biofuels that worsen global warming by displacing forests and grasslands with energy crops. And let’s cut methane emissions by putting gas-collection systems on landfills, oil operations and coal mines.

But the main event is energy innovation. Doing it on a large scale is a huge task. But we’ve done it before. We just need to do it faster and better. Isn’t that what America excels at?