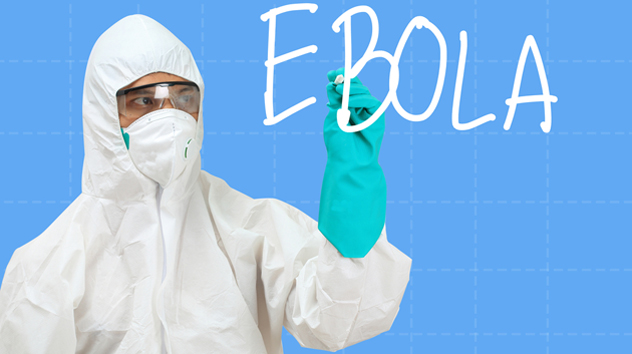 No one has contracted Ebola in the United States, or is very likely to. And no one should be surprised that Donald Trump is tweeting this anyway:

What’s more surprising is that many Americans share fears like those that underlie Trump’s tweet. According to a Harvard School of Public Health/SSRS poll, 68 percent of the US population believes Ebola spreads “easily.” Four in 10 are worried there will be a large outbreak in the United States. And a quarter of Americans are afraid the virus will infect them or someone in their families.

That’s partly a consequence of media distortion, says Gillian SteelFisher, a member of the Harvard research team that conducted the poll. “Ebola’s a terrible disease, and the impact it’s having on West Africa is horrible to observe,” she says. “And the news here is going to capture parts of that but not all of it.” When news reports focus on the gruesome effects of Ebola without explaining why it’s been able to spread so fast in countries like Liberia and Sierra Leone, it’s easy for Americans to believe they’re in danger too. “They’re feeling a very personal and direct threat,” SteelFisher says.

SteelFisher wants the public to hear from health officials who can explain what disease containment resources the United States has and how they differ from West Africa’s. Simple factors like the availability of rubber gloves, which are scarce in Liberia, would make Ebola much easier to control here.

SteelFisher also thinks people might be confused about how Ebola is transmitted. Those who are more familiar with diseases like the flu, or who’ve seen virus disaster films like 2011’s Contagion, might assume Ebola can spread through the air. But in the case of this virus, you can’t get sick without exposure to an infected person’s bodily fluids.

Though some Americans may be overestimating the risk of an Ebola outbreak, more than a few also have a mistakenly rosy view of the treatment plan for people who are infected. A third of those polled said there was “an effective medicine to treat people who have gotten sick with Ebola.” In fact, no such drug has been approved for humans. The drug Zmapp, which was used to treat a pair of American missionaries who caught Ebola in West Africa, is still being tested.

“You don’t want them to be glib,” says SteelFisher. “At the same time, you don’t want people to be panicking here.”