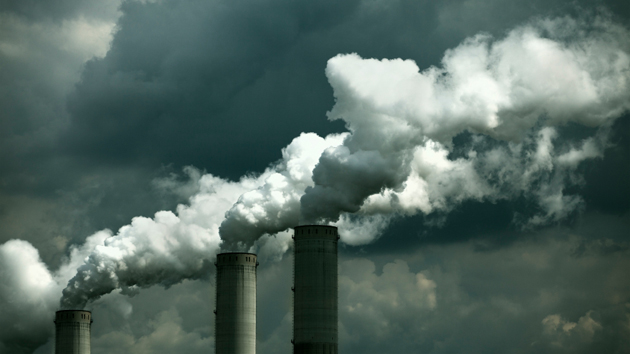 A team of doctors, researchers, and clinicians from across the globe have teamed up to send a loud message to policymakers: More must be done to protect people from the toxic chemicals that endanger health—and soon.

The International Federation of Gynecology and Obstetrics (FIGO), a group representing OB-GYNs from 125 countries, released a report detailing the detrimental health effects caused by even small exposure to common chemicals like the ones found in pesticides, plastics, and air pollution. The health problems are even greater for babies exposed in the womb, who face increased risks of cancer, reduced cognitive function, and even miscarriage or stillbirth.

“We are drowning our world in untested and unsafe chemicals,” said lead author Gian Carlo Di Renzo in a statement, “and the price we are paying in terms of our reproductive health is of serious concern.”

Some 30,000 pounds of chemicals were manufactured or imported for every person in the United States in 2012 alone—a whopping 9.5 trillion pounds in total.

The organization cited concerns about the sharp increase over the past four decades in chemical manufacturing, which continues to grow by more than 3 percent every year. Some 30,000 pounds of chemicals were manufactured or imported for every person in the United States in 2012 alone—a whopping 9.5 trillion pounds in total. Annually, the FIGO authors write, chemical manufacturing leads to 7 million deaths and billions in health care costs.

These numbers, they argue, are likely underestimated, and the problem is getting worse—especially in poor communities that often have higher levels of toxic exposure and in developing countries that bear the brunt of the global industrial emissions.

Dr. Tracey Woodruff, an associate professor at the University of California-San Francisco, says while there are ways individuals can limit their exposure—including building better health practices overall and eating a pesticide-free, healthy diet—more needs to be done to protect everyone. “You can do some things to enhance your resiliency to disease or decrease chemical exposures,” she says, “but there are a lot of things that are not in your control.”

That’s why FIGO released the opinion in advance of its world congress, where more than 7,000 health professionals will meet to discuss women’s health issues, to encourage doctors to play a bigger role in supporting policies that curb exposure. The organization is calling on health professionals and legislators to support policies that prevent exposure and offering recommendations that could help mitigate health risks, including increasing access to healthy food and incorporating environmental health into health care.

“The good news,” Woodruff says, “is we can deal with it, we have dealt with it before, and it will be a positive health and economic benefit to do that.”