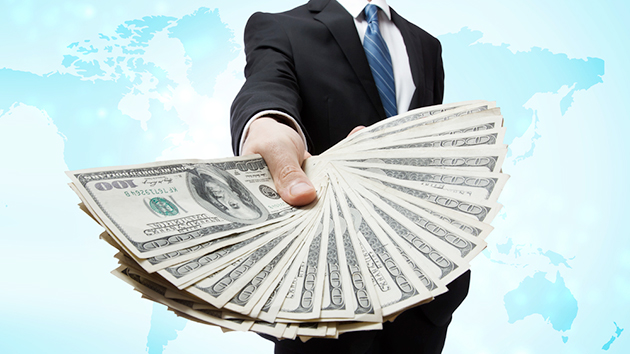 No one thinks the fight against climate change will be cheap. But the US economy stands to benefit handsomely—in the trillions of dollars—from the efforts other countries make to reduce their greenhouse gas emissions, according to a new study.

Opponents of action on climate change like to claim that the United States acting alone will accomplish nothing, and that countries such as China and India will get a free ride while Americans suffer. “America is not a planet,” Republican presidential contender Marco Rubio observed at a debate in September. “We’re not going to destroy our economy the way the left-wing government we’re under wants to do.” Chris Christie added that “we shouldn’t be destroying our economy in order to chase some wild, left-wing idea that somehow, us, by ourselves, are going to fix the climate.”

Existing global policies to limit warming could benefit the American economy by up to $2 trillion by 2030.

On the contrary, economists at New York University’s Institute for Policy Integrity found that existing global policies to limit warming could benefit the American economy by up to $2 trillion by 2030. That’s because the consequences of climate change are expensive: losses in agricultural productivity, storm damage, disruptions to supply chains, public health impacts, etc. Averting those impacts saves money, but because climate change is a global phenomenon, stopping it requires contributions from countries worldwide. And in the run-up to this year’s major climate summit in Paris, more than 100 countries have made commitments to reign in their carbon pollution.

In other words, every ton of greenhouse gas emissions not released by China, Germany, or wherever, eventually benefits American pocketbooks as much as it benefits pocketbooks in those countries.

The same logic works in reverse, explained report co-author Jason Schwartz. “If the US takes a back seat [on climate action], then we’re the ones who risk looking like a freeloader, and risk undermining a global agreement that would really benefit the US enormously. It’s in our interest to act on climate change globally.”

Here’s another way to put it: The benefit to the US economy from global climate action far exceeds the cost of our own domestic climate policies. The Environmental Protection Agency projects that President Barack Obama’s signature climate plan, which seeks to cut emissions from the power sector about a third by 2030, will cost about $8 billion per year to implement. The domestic public health benefits alone will add up to more $30 billion per year by 2030, according to the Natural Resources Defense Council. And to the extent that Obama’s plan encourages other countries to come to the table with plans of their own, the bargain looks even better, since the emissions cuts other countries implement (and pay for) will lead to further savings for the United States.

Schwartz’s analysis is built from a metric called the “social cost of carbon,” a peer-reviewed number produced by federal scientists that attempts to quantify the financial cost, globally, caused by every ton of carbon dioxide emissions. The cost increases over time, reflecting the incrementally worsening impacts of climate change:

Schwartz worked backwards from that number, totaling the carbon costs the world will avoid if countries follow through on existing climate commitments. Then he and his colleagues came up with what he calls “a very conservative” estimate of what the US share of that avoided cost will be.

“There doesn’t have to be a physical climate impact within the US boundaries for it to matter to the US,” he said. Devastating storms in Thailand could disrupt supply chains for computer equipment. Violent conflict linked to water shortages and crop failures in the Middle East could result in military costs and drive up the price of oil. So when other countries take steps to avert these impacts, it helps the US save money; combined with our own actions, that adds up to $2 trillion, Schwartz found.

The upshot is that taking action on climate change is, as Donald Trump would say, a great deal.