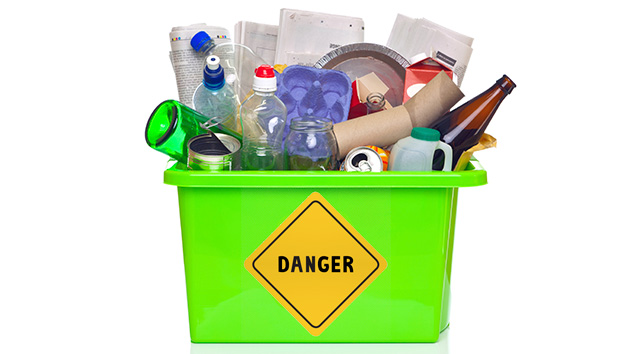 Darkness had enveloped the Newell Recycling yard by the time Erik Hilario climbed into a front-end loader on a cold evening in January 2011. Hilario, a 19-year-old undocumented immigrant from Mexico, earned $8 an hour at the industrial park in East Point, Georgia, working amid jagged piles of scrap metal eventually bound for the smelter.

On this day, Hilario was driving a loader in a paved section of the nine-acre yard known as the defueler or car-processing area. Here, according to witness testimony, gasoline was drained from junked cars through a crude process employing a 30-foot crane and an 11-foot-tall structure topped with a spike known as The Puncher. A claw attached to the crane would pick up cars and smash them, gas tank first, onto the spike, spilling gasoline into a trough. The crane then would swing the cars onto a pile, dripping gas along the way.

As Hilario used the loader to slowly push metal scraps, a spark ignited the gasoline on the ground. An intense fire suddenly engulfed him. “Help me!” he screamed, his co-workers later testified.

When the fire was finally extinguished, Hilario’s severely burned body was found 10 feet from the charred loader. A doctor reviewing Hilario’s autopsy later determined that he was probably conscious for as long as five minutes before he died.

Recycling may be good for the environment, but working conditions in the industry can be woeful. The recycling economy encompasses a wide range of businesses, from tiny drop-off centers in strip malls to sprawling scrap yards and cavernous sorting plants. The industry also includes collection services, composting plants, and e-waste and oil recovery centers. Some of the jobs at these facilities are among the most dangerous in America. Others offer meager pay, and wage violations are widespread. Experts say much of the work is carried out by immigrants or temporary workers who are poorly trained and unaware of their rights.

“These are not good jobs,” says Jackie Cornejo, former director of Don’t Waste LA, a campaign to improve working conditions for waste and recycling workers in Los Angeles. “People only hear about the feel-good aspects of recycling and zero waste, and rarely do they hear about the other side.”

The last comprehensive analysis of the American recycling industry, commissioned in 2001 by the National Recycling Coalition, estimated that it employed more than 1 million people. Private scrap yards alone generated more than an estimated $80 billion in revenue in 2015. The nation’s largest trash haulers, Waste Management and Republic Services, are also the largest recycling firms. In 2014, recycling generated a combined $1.7 billion in revenue for the two corporations, or about 7.5 percent of total sales.

But many of the companies that do this work are small and may lack the knowledge and resources to establish effective safety procedures. Recycling workers, by virtue of their immigration status or status as temps, often hesitate to speak up when they see hazards on the job or are victimized by the outright illegal behavior of their supervisors.

One of the largest sectors in recycling, scrap yards, has long had high fatality and injury rates. In 2014 its fatality rate was 20.8 deaths per 100,000 full-time workers, more than nine times higher than manufacturing workers overall. The same year, garbage and recycling collectors had the fifth-highest fatality rate among the dozens of occupations analyzed by the Bureau of Labor Statistics. No one tracks how many workers die across all recycling sectors. But at scrap yards and sorting facilities, at least 313 recycling workers were killed on the job from 2003 to 2014, according to the BLS.

A FairWarning analysis of Occupational Safety and Health Administration (OSHA) records found that inspections conducted from 2005 to 2014 resulted in scrap yards and sorting facilities receiving about 80 percent more citations per inspection than the average inspected worksite did. 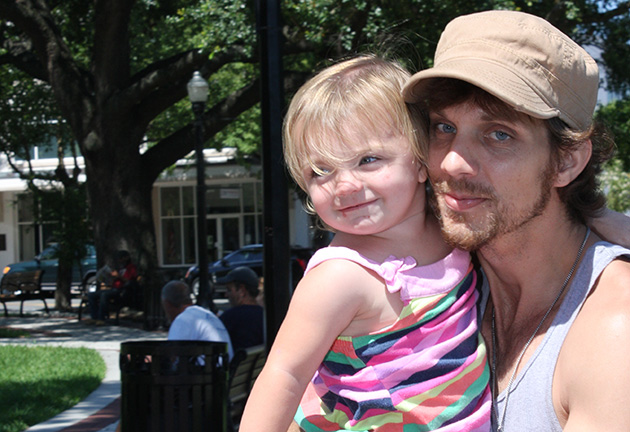 Christopher Webb with his daughter in May 2012, two months before he was killed at a recycling plant in North Carolina. Allison Hildebrand

Recycling is dirty, labor-intensive work. It involves heavy machinery, including conveyor belts, shredders, and grinders that can pose a serious risk of injury or death, especially if they’re not properly serviced or lack basic safety features. Unlike many industrial processes, recycling cannot be completely systematized because it deals with an ever-changing flow of materials in all manner of shapes and sizes. Workers may have to personally handle most of the scrap passing through recycling facilities, potentially exposing them to sharp objects, toxins, carcinogens, or explosives.

“I did not realize the danger,” recalls Alice Pulliam of Reidsville, North Carolina, whose 32-year-old son, Christopher Webb, was killed at the Southern Investments plastic recycling plant in July 2012. It purchased loads of milk jugs, detergent bottles, and other recyclable plastics and ground them into bits for resale to businesses that would further process the material.

One day, just a couple of months after joining the 13-employee company, Webb was feeding giant bales of compacted bottles and jugs into an auger with 14 spinning blades. More than a foot long and sharpened to a point, these blades broke up the bales before they were ground into finer pieces. Following the plant’s standard procedure, Webb used a forklift to place the roughly three-foot high bales on an elevated platform next to the mouth of the auger, according to a report by the North Carolina Department of Labor’s Division of Occupational Safety and Health. While the blades spun below him, Webb climbed onto the bales to cut the wires holding them together. Then he used the forklift to push the bales into the auger.

“What is the modern-day equivalent of dirty, dangerous factory jobs? Warehouses and recycling plants.”

Webb was on top of a bale when he fell into the spinning blades below, crushing his head. A subsequent investigation by the state department of labor found that plant employees weren’t instructed to shut down the auger while climbing on the bales, and that the machine did not have the proper guarding to prevent the blades from hitting workers.

The state cited Southern Investments with 35 safety violations, including 16 “willful violations,” and fined the company the unusually high sum of $441,000. The plant’s owner, Donald Southern, said he could not pay and agreed to close Southern Investments and not manage another plastic recycling business in North Carolina. He declined to comment for this story.

Generally, the hazards at scrap yards and sorting facilities are typical of any major industrial operation. Safety measures to make these workplaces less dangerous are well known and widely implemented in other industries. “This is not rocket science,” says Susan Eppes, a Houston-based safety consultant to the recycling industry.

Although OSHA says five of its 10 regions have special enforcement programs covering sectors of the recycling industry, safety advocates say that isn’t enough. “Systematically, across the country, they haven’t given the industry the attention it’s due,” says Eric Frumin, the health and safety director for Change to Win, a partnership of four national unions. Advocates are lobbying the agency to create a national program aimed at sorting plants, where metal, paper, and plastic are separated. The Institute of Scrap Recycling Industries, a trade association, recently announced it is partnering with OSHA to try to reduce injury and fatality rates.

Yet basic safety procedures are often ignored in recycling plants, experts say. Consider the case of Robert Santos, a 46-year-old line supervisor at a Republic Services plant in North Las Vegas, where he helped dump mounds of recyclables onto a conveyor belt. Using radios, workers would direct front-end loaders to push paper from a holding bay onto the belt, which rolled toward a baler. State safety inspectors later learned that it was common for employees to stand on the moving belt to pull material from the holding bay, or to sweep up material along its sides.

“he was dead working for crap money”
The recycling industry tends to attract the desperate and the downtrodden. “It’s a low end of the economy,” says Eric Frumin of Change to Win. “We’ve shipped all the factory jobs to China, so what is the modern-day equivalent of dirty, dangerous factory jobs? Warehouses and recycling plants.”

Take the case of 51-year-old David Lightfritz, who was killed in a 2011 accident at Marietta Industrial Enterprises in Ohio when he tried unjamming a large machine used to separate glass from paper and plastics. Lightfritz got into the recycling business after his previous employer learned he was a registered sex offender. “He didn’t have anything else,” says his older brother, Willard Lightfritz. “He wasn’t out of prison long and he was dead working for crap money”—around $7 an hour.

Recycling drop-off centers have become a priority target of wage theft investigations in California by the Department of Labor’s Wage and Hour Division. Ruben Rosalez, the division’s western regional administrator, says these small businesses are among the “worst that we have to deal with,” and are as exploitative as sweatshops or the agricultural industry.

Wage and Hour investigators in Los Angeles have found that these businesses were often paying their employees as little as $55 or $65 a day, regardless of the hours they worked. Some employers were found to not even keep payroll records, and some failed to provide bathrooms for workers.

On the morning of June 8, 2012, work at the sorting facility was delayed two hours because a mass of paper had clogged the holding bay. Once the jam was cleared, Santos stood on the conveyor belt, yanking paper from the bay, when two to three tons of paper suddenly collapsed on top of him. A co-worker would later remember him shouting, “Stop the belt! Stop the belt!” before he was enveloped in a pile of paper eight feet high.

After the paper was lifted off him, Santos was found to have minimal brain activity. He was taken off life support six days later and died. The Nevada Occupational Safety and Health Administration fined Republic Services $5,390 for the incident. Asked to justify such a small fine for a fatal accident, Nevada OSHA’s chief administrative officer said it was in line with agency policy, and that investigators did not find “clear indifference to employee safety and health.” Republic Services did not respond to requests for comment.

After his fatal accident, Erik Hilario’s family moved quickly to file a wrongful death lawsuit. Newell Recycling of Atlanta and the Hilario family declined to comment for this story.

Last September, a jury in Fulton County, Georgia, awarded $29.2 million to the Hilario family. Newell and the family subsequently settled out of court. But the pain of a life cut short lingers among Hilario’s family, who were described by their lawyer as still reeling from Erik’s death five years later. “He wanted to be somebody,” Erik’s older brother, Efrain, recalled in his tearful testimony during the trial. “He had many dreams.”

Bridget Huber contributed to this report. The Courtroom View Network provided access to its archive of video trial testimony.

FairWarning, which reported this story, is a nonprofit news organization that focuses on public health, safety, and environmental issues. A longer version of the story appears at fairwarning.org.