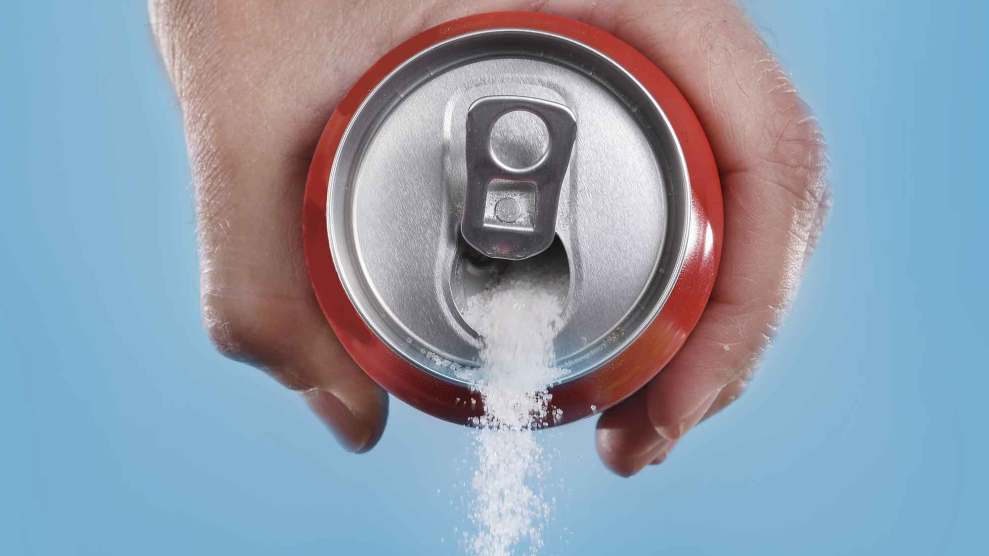 After years of delay, the Food and Drug Administration finalized new nutrition facts labels on Friday. The label you’re used to seeing on processed foods was more than 20 years old; the government says the new one reflects updated scientific information and “will make it easier for consumers to make better informed food choices.”

The changes include a magnified calorie count and the addition of a line showing added sugar (highlighted below). 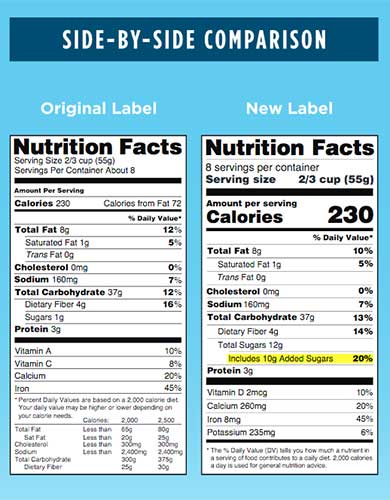 It’s a big deal that companies will now have to identify the added sugar in their food. Once corn-syrup-filled sodas and cheap processed snacks started overtaking our supermarkets in the 1960s, added sweeteners infiltrated nearly every corner of the American diet. As I’ve written in the past:

Naturally occurring sugars (the kind in fruit, for example) come with fiber, which helps us regulate the absorption of food. Without fiber, sugar can overwhelm your system, eventually leading to obesity, diabetes, heart disease, and other health problems.

Given these risks, experts have warned that no more than ten percent of your daily calorie intake should come from added sugar, or around 12 teaspoons a day; Americans wolf down 30 teaspoons on average by some estimates. It doesn’t help that three-quarters of processed snacks include such added sweeteners. But until now, consumers had no real way of knowing how much of the sugar in their food was naturally occurring, and how much was added in manufacturing. Adding to shoppers’ confusion is how tricky it can be to determine whether sugar is an ingredient in a food: it goes by at least 57 names.

With the new labels, manufacturers will have to reveal more about how they use this ubiquitous ingredient. Time will tell whether the transparency spurs big food companies to look past adding sugar and find new ways to make their food palatable.