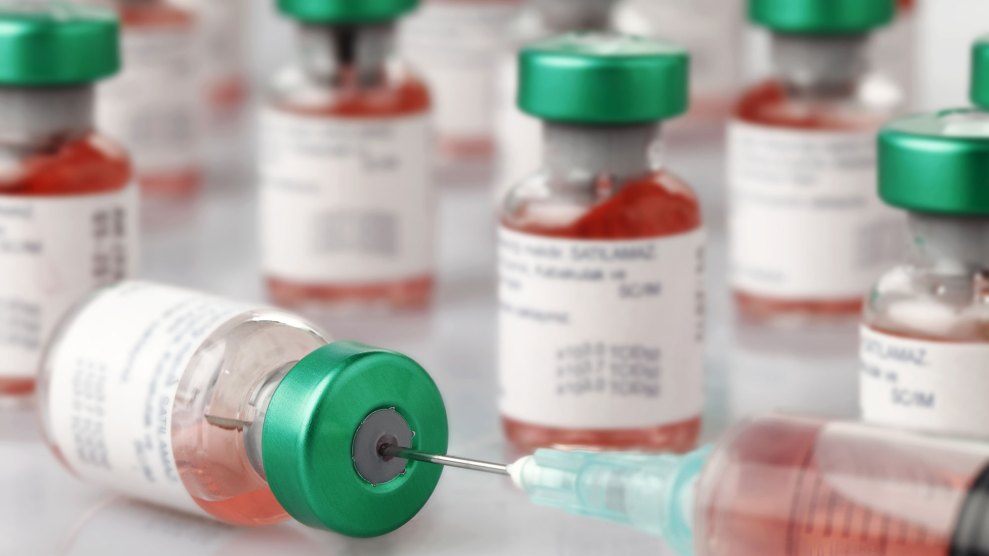 So far, news about the Zika virus has been pretty grim: Since October 2015, in Brazil alone, nearly 9,000 babies have been born with birth defects attributed to the virus. The World Health Organization has called for women in affected areas to delay pregnancy. It’s spread to at least 46 countries and territories since 2015, and the first US case of local infection was confirmed in Miami last week. Experts have warned that the outbreak could travel even farther: The virus is transmitted by the mosquito Aedes aegypti, whose global range spans six continents, including more than half of the United States.

But in recent weeks, a few promising discoveries have made Zika experts optimistic for the first time in months. The first piece of good news: Despite being made up of several genetic strains, researchers are now confident they’ll only need one Zika vaccine to fend them all off. What’s more, several recent studies have shown experimental vaccinations protect against Zika in mice and primates, and the first human trials for the vaccines began last week, with more set to start later this fall. While there are still a lot of questions about this devastating virus, here’s a rundown of the recent good news:

What’s this about different kinds of Zika?

Zika was first discovered in Uganda about 70 years ago, but it wasn’t until 2012 that scientists realized the virus has two main lineages: African and Asian. Each lineage is made up of several strains. Last week, scientists made another important breakthrough: The strains in each Zika lineage are almost identical.

Because Zika’s strains are so similar, scientists believe that one vaccine will protect against all the strains.

Wait, if all the Zika strains are practically the same and this virus has been around for 70 years, why is it just now causing microcephaly in infants?

It only appears that way. Until 2007, Zika was mainly concentrated in isolated pockets of Sub-Saharan Africa and Asia in areas with poor access to health care, high incidence of infectious disease, high infant mortality rates, and social stigmas around birth defects—all of which made it difficult for people to report cases of microcephaly. So it’s likely that Zika-related birth defects occurred—we just didn’t hear about them.

So all the Zika strains are pretty similar. What does that mean for vaccines?

Until recently, researchers thought that each Zika strain would require a separate vaccine. That’s the case with many other viruses; HIV, Dengue, and even the common flu have tremendous genetic diversity, which is why they’re so difficult to vaccinate against. One reason doctors recommend getting a flu shot every year is because the flu strains circulating change season to season. But because Zika’s strains are so similar, scientists believe that one vaccine will protect against all the strains. It also means that if you do get infected, your immune system can easily buildup antibodies to fight off Zika in the future.

Tell me about these vaccines they’re testing.

In the last two weeks, a series of notable clinical trials began testing the safety and effectiveness of an experimental Zika vaccines on human volunteers after studies on mice showed promise to protect against the virus. The National Institute of Health enlisted 80 volunteers who will be injected with 2-3 vaccine rounds over the course of several weeks, and is expected to have results back from the first phase of their study by the end of this year. Today, researchers from the Walter Reed Army Institute of Research announced their findings from a study that tested three types of vaccines in rhesus monkeys against the Brazilian and Puerto strains of Zika. All three vaccines created antibodies in the monkeys’ immune system and protected them from infection. Colonel Nelson Michael, a lead researcher at WRAIR, said that his group expects to begin clinical testing on about 200 volunteers in October.

Great! Then the Zika epidemic will be over soon, right?

Not so fast. It’s great news that a single vaccine will likely work on all the strains, and that so many researchers have managed to make it to the trial stage. But the real test is getting these vaccines into advanced development—testing them on thousands of people, not hundreds, and getting pharmaceutical companies to commit to manufacturing them on a large scale. Even in the best case scenario, researchers believe it will still be at least 18 months before a vaccine is available to the public. “What we don’t want to have happen is what happened in Ebola,” says Michael. “By the time we got to the war, the war was over.”