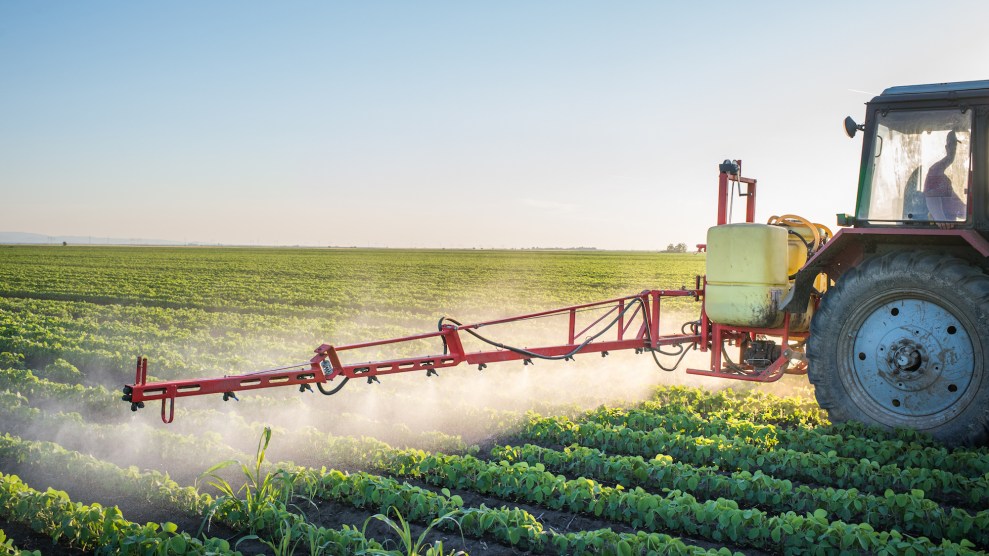 Update (9/14/2016): Monsanto has agreed to be sold to Bayer for $56.5 billion—a deal worth a total of $66 billion when Monsanto’s debt is taken into account. Bayer agreed to pay Monsanto a break-up fee of $2 billion if antitrust regulators reject the deal. The combined company would be be the globe’s largest seller of both seeds and agrichemicals. It plans to locate its seeds and GM traits division in Monsanto’s home city of St. Louis; its pesticide division will be in Bayer’s home city, Monheim, Germany. No word yet on whether the Monsanto brand will continue to exist.

And then there were three.

On Tuesday, marriage negotiations between seed/pesticide giant Monsanto and its suitor, German behemoth Bayer, got hotter than a corn field at high noon in late summer. Bayer sweetened its offer to $56.5 billion Tuesday afternoon, just as Monsanto’s Board of Directors was scheduled to meet to consider the offer, according to Bloomberg News. Monsanto’s board consented Wednesday—resulting in “the biggest deal this year and the largest ever by a German company.”

In its current incarnation, Bayer is mainly a pharmaceutical company, with interests in prescription drugs, over-the-counter staples like aspirin, and animal medicines. But it also has a large division devoted to selling seeds and, particularly, pesticides—and it has been itching for months to expand those business lines by taking over Monsanto.

This deal would represent a massive step in a remarkable recent run of mergers among the handful of companies that dominate those markets. Late last year, Dow and DuPont—two US chemical behemoths with large agribusiness divisions—agreed to merge. A few months later, after fending off an aggressive and persistent bid from Monsanto, Swiss seed/pesticide titan Syngenta jumped into the the clutches of ChemChina, a conglomerate owned by the Chinese government.

Here’s what the agribusiness landscape will look like if these mergers clear regulatory hurdles—a big if. These charts are updated from my December post on the Dow-DuPont merger.

However, such hyper-consolidation of markets that are so crucial to the global food supply may be too much for US and EU antitrust authorities to digest. The European Commission recently threw doubt on the Dow-DuPont deal by halting its process for approving the merger, pending more information from the two companies.

Back in August, Sen. Chuck Grassley (R.-Iowa) announced the US Senate Judiciary Committee would soon hold hearings on the deal, based on concerns among farmers that the “sudden consolidation in the industry” would give remaining players the leverage to raise seed and pesticide prices. Earlier this week, 250 members of the National Farmers Union descended on Washington, DC, to protest the recent consolidation wave, complaining that it reduced competition and raises the price of seeds and chemicals “while farmers are already being squeezed by weak commodity markets,” Reuters reports.

But it’s the executive branch, mainly the Department of Justice, that has ultimate authority on whether Dow-DuPont and possible Bayer-Monsano tie-up passes US regulatory muster—and it has shown recent willingness to halt mergers in the agribiz space. Just two weeks ago, the DOJ sued to halt a relatively small deal between Monsanto and farm-equipment giant John Deere. Monsanto had agreed to sell its precision-planting arm—involving machines that allow farmers to plant seeds at variable rates across fields—to Deere for $190 million. Not so fast, said the DOJ in its complaint, noting that the deal would give Deere 86 percent of the US market for these tools.

As I noted back in the July, Democratic Party leaders, after years of acquiescence to a long wave of mergers in the agribusiness space and in corporate America at large, is recently showing showing signs that they think enough is enough. After months of wrangling, Bayer won over Monsanto’s board. But this massive deal still faces a tough row to hoe before its vast profit potential can be harvested. Indeed, in late Wednesday-morning trading, hours after the deal was announced, Monsanto shares were trading at around $107.50—well under the price agreed to by Bayer, $127.50. That’s a sign investors are skeptical that the deal will ultimately pass antitrust muster.