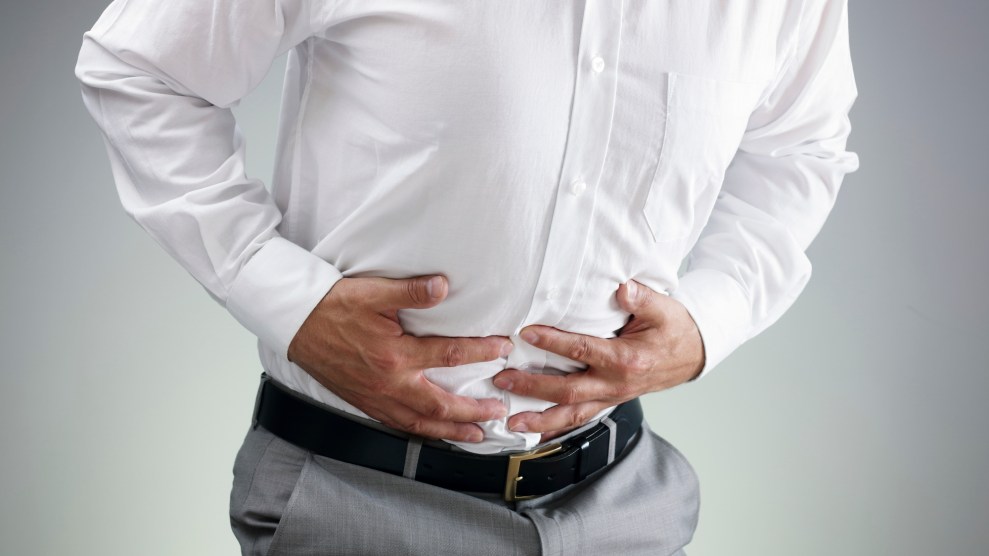 Of all the attempts to “disrupt” the food industry with Silicon Valley-funded projects, few are as blunt as the one presented by Soylent. Sure, Blue Apron and its peers remove the supermarket from the task of putting dinner on the table, but Soylent goes further: It takes away cooking and also the need to wield a fork or a table knife. Its meal bars and just-add-water drink mixes are meant to provide all that a body needs, with none of the drudgery or aesthetics of the table. If you stick to the drink mixes, you can even forgo chewing.

But apparently, Soylent hasn’t shaken off one major old-school food industry hazard: the risk of food poisoning. From the company’s website:

It has recently come to our attention that a small number of our customers have experienced gastrointestinal issues after consuming Soylent Bars. As a precautionary measure, we are halting all Soylent Bar purchases and shipments and are advising our customers to discard any remaining bars in their possession.

Oof. “So far we have not yet identified one and this issue does not appear to affect our other drinks and powder,” the company added.

“Gastrointestinal issues” is a rather ginger way of describing customer complaints, according to The Guardian:

One man wrote that he emailed the company, saying: “I thought I was suddenly having something like a sugar crash, but an emergency-level sugar crash like I’d never felt before.” He laid down, “but the throwing up resumed as I seemingly emptied out my entire stomach and realized that this was probably the worst I had felt in my entire life. I then also had diarrhea.” He eventually went to the hospital and recovered, he said.

Others described similar symptoms, which resembled food poisoning, such as “explosive diarrhea and vomiting within three hours of eating one” and “burning up and sweating profus[e]ly, and started getting very dizzy, lightheaded, and weak”.

Makes me want to get busy in the kitchen.