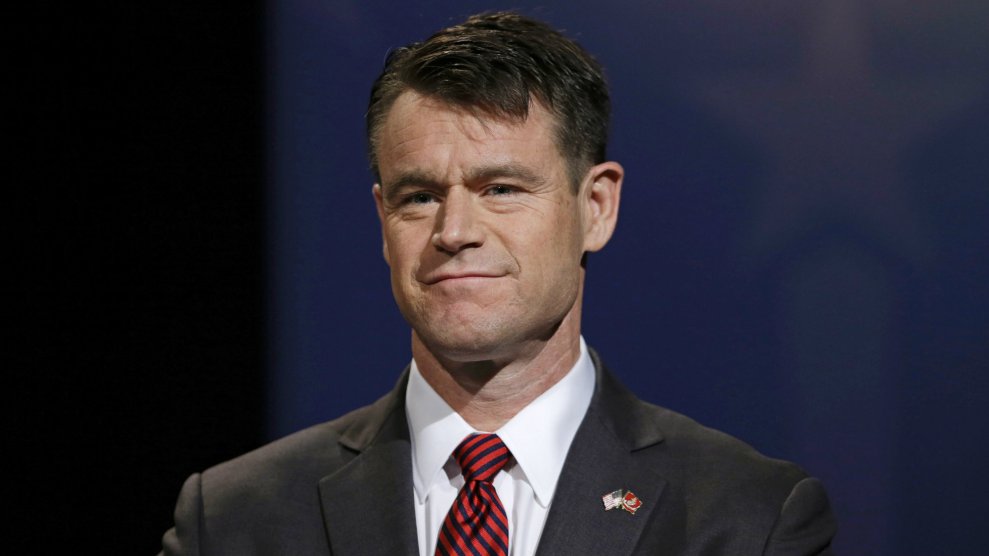 Evan Bayh, the state’s former Democratic senator, is one of the few Democrats this year to champion the coal industry. On his campaign website, he touted his opposition to a cap-and-trade plan backed by President Barack Obama during his first term that would have limited carbon emissions. In 2009, Bayh said on MSNBC’s Hardball that the bill put jobs at risk in coal states, including Indiana.

In line with his pro-coal stance, Bayh said during a debate last month that he opposes Obama’s Clean Power Plan, which is intended to reduce greenhouse gas emissions from coal power plants. “I don’t agree with the Clean Power Plan,” he said. “That’s something I disagree with Mrs. Clinton on. I think those things would be harmful to Hoosier consumers.” Bayh’s campaign website declared: “Evan Bayh supports Indiana’s coal industry, including opposing the EPA’s coal rules.”

Like Bayh, Young opposes cap-and-trade proposals and the Clean Power Plan. Young is an outspoken opponent of the so-called “War on Coal” and calls coal “a vital part of ensuring Hoosiers have access to affordable electricity.” In 2014, as a candidate for the US House of Representatives, Young cited his support for “energy efficiency measures” such natural gas, while saying that carbon dioxide emissions are a global problem and that the United States should not “unilaterally tax our power, our people, to solve a global problem.” The previous year, according to the Bloomington Herald Times, he told a group of protesters gathered outside his office, “I don’t deny climate change. I would put myself in the agnostic category.”