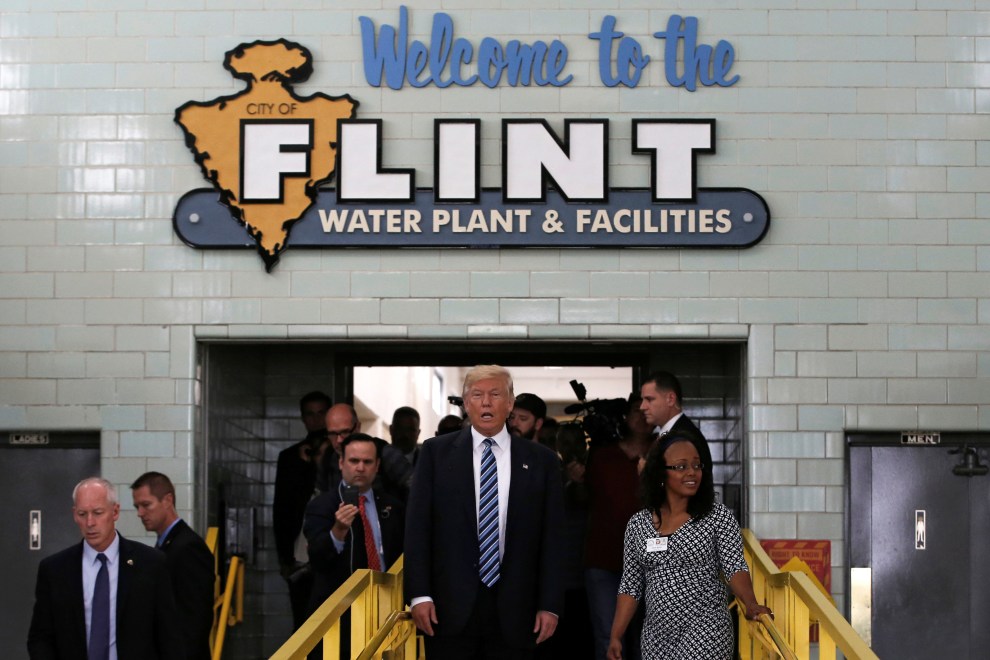 The head of the Environmental Protection Agency’s Office on Environmental Justice submitted his resignation on Tuesday. First reported by InsideClimate News, the resignation of Mustafa Ali comes as the Trump administration considers layoffs and budget cuts at the EPA that, if enacted, would eliminate the environmental justice budget and cut funding to grants for pollution cleanup.

Ali, a founder of the program in 1992 who has worked there since, told Mother Jones he resigned because he was concerned the administration’s proposals to roll back its environmental justice work would disproportionately affect vulnerable communities. “That is something that I could not be a part of,” Ali says.

“Each new administration has an opportunity to share what their priorities and values are,” he says, adding that he has “not heard of anything that was being proposed that was beneficial to the communities we serve. To me, that was a signal that communities with environmental justice concern may not get the attention they deserve.”

The office, created during the George H.W. Bush administration, defines its mission as reducing the disproportionate impacts environmental problems have on minority, low-income, and indigenous people by integrating these concerns into all the EPA’s decision-making. Since its founding, the office has distributed $24 million in grants to 1,400 communities.

In his resignation letter, Ali attempted to make the case for the Office of Environmental Justice by appealing to Pruitt’s interest in economic growth. He described what happened in Spartanburg, South Carolina, which received a $20,000 grant from the EPA to address the community’s abandoned dump sites that were leaching toxic chemicals. The mostly low-income, African American residents of the region experienced high rates of cancer and respiratory disease. Local black leaders leveraged that grant into $270 million from investors and the government to revitalize the city, “creating jobs and improving their environments through collaborative partnerships,” Ali wrote. “When I hear we are considering making cuts to grant programs like the EJ small grants or Collaborative Problem Solving programs, which have assisted over 1400 communities, I wonder if our new leadership has had the opportunity to converse with those who need our help the most.”

Ali spoke to Mother Jones from Flint, Michigan, where he was attending a two-day environmental justice summit in the city that famously confronted an environmental crisis when the community’s drinking water was found to be contaminated with lead. He says he will continue the work he has focused on for 25 years as the new senior vice president of the Hip Hop Caucus, a national nonprofit that organizes and recruits activists to promote social justice, including on climate change. “I want to make sure I am investing my time and talents in a place that is going to be supportive of that work,” he says.

Ali hopes his resignation will bring attention to the effects on low-income and marginalized communities of the new administration’s program cuts and loosened regulations.

“Under his leadership, he has the ability to move to the next level if he chooses to,” Ali says. Environmental justice leaders “have dedicated decades to trying to gain traction and make progress. We’ve done some of that, and to move backward didn’t make any sense to me.”