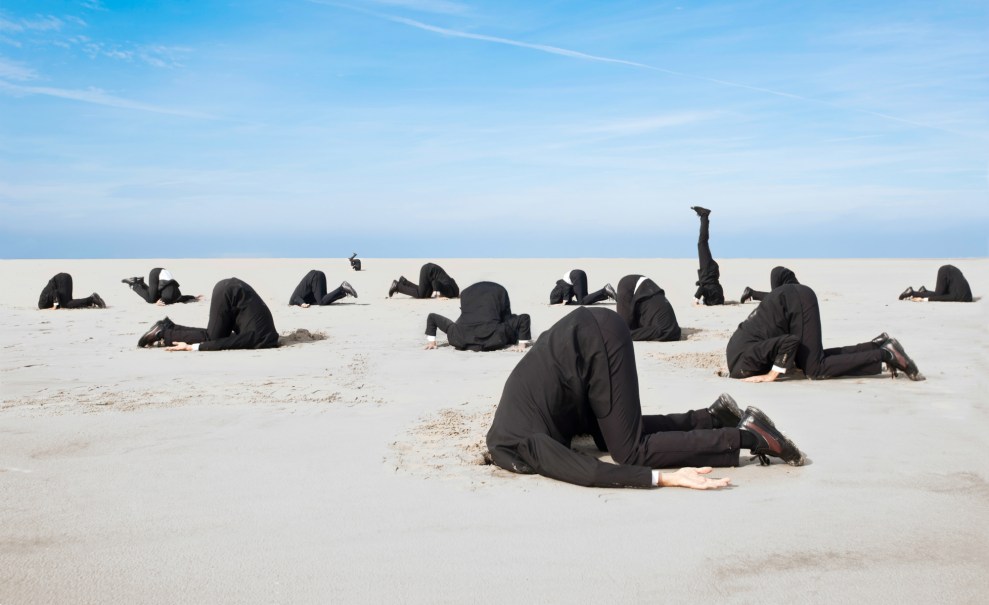 "Many of these people are now in this new administration.”Jan-Otto/iStock

What does a climate change denier wish for when everything seems possible? With Congress and the White House in agreement on the unimportance of science, there’s no need to settle for rolling back President Barack Obama’s environmental agenda one regulation at a time. It’s time to get the Environmental Protection Agency out of climate change altogether.

To get a sense of what the wish list looks like, the annual conference of the Heartland Institute would be a good place to start. The right-wing think tank that has received funding from ExxonMobil and Koch groups—and is best known for pushing out misinformation on climate change—has sponsored this annual gathering for the last 12 years. This year the theme was “Resetting Climate Policy,” reflecting the triumphant and hopeful mood of the conference now that they control the agenda.

The usual ideas floated at the conference have ranged from abolishing the EPA to touting the universal benefits of fossil fuels, but this year one idea in particular dominated the discussions: Climate deniers think they have a chance to reverse the EPA’s endangerment finding that formally says greenhouse gasses poses a threat to Americans and their health. That 2009 determination, prompted by a Supreme Court decision in 2007, is the basis for the EPA’s regulatory work on climate change.

“We’ve been at this for 33 years. We have a lot of people in our network,” Heartland Institute President Joseph Bast tells Mother Jones, “and many of these people are now in this new administration.” Transition staff and new appointees in the Trump administration “occasionally ask us for advice and names of people,” he added.

Rescinding the endangerment finding is the “number one” priority Bast sees for Trump’s EPA. “I think it’s almost a sure thing they are going to revisit it,” Bast says. “Whether they are going to succeed is maybe a 90 percent certainty.”

Bast overstated the strength of his case. The problem with rescinding the endangerment finding is that the EPA would somehow have to make a convincing case that holds up in court that climate change isn’t a threat to humanity. In other words, it would be incumbent upon the EPA to disprove climate change is real.

During, his confirmation hearings, EPA administrator Scott Pruitt acknowledged that the endangerment finding was the “law of the land” and there is “nothing that I know that will cause a review at this point.” But he has recently suggested he may attempt to change course. He went on CNBC and claimed “we don’t know” that the science is settled, and insisted “we need to continue the debate and continue the review and the analysis.”

Cato Institute’s Director for the Center for the Study of Science, Patrick Michaels, who gave an address to the meeting, agreed that the administration should make reversing the endangerment finding its priority. At one point in his presentation, Michaels asked if David Schnare—who previously spent years suing the EPA until he became a transition appointee at the agency—was in the audience. “David’s big on this,” Michaels said. Schnare was not there, but he helped to emphasize Bast’s point: Trump’s appointees are familiar, friendly faces.

In his keynote address, House Science Chair Lamar Smith (R-Texas) expressed his gratitude to Heartland for its “help and support.” Asked if he will be holding a hearing on the endangerment finding, Smith answered, “Probably….It hasn’t been set yet. We can add that to our list.” Smith, who has already held a “Making EPA Great Again” hearing, will plans a hearing for next week questioning the scientific method of climate studies.

For anyone who acknowledges climate change is a reality and a threat, Smith’s final words about President Trump to the roughly 200 attendees who were gathered might be considered ominous: “You won’t be disappointed with the direction he’s going.”