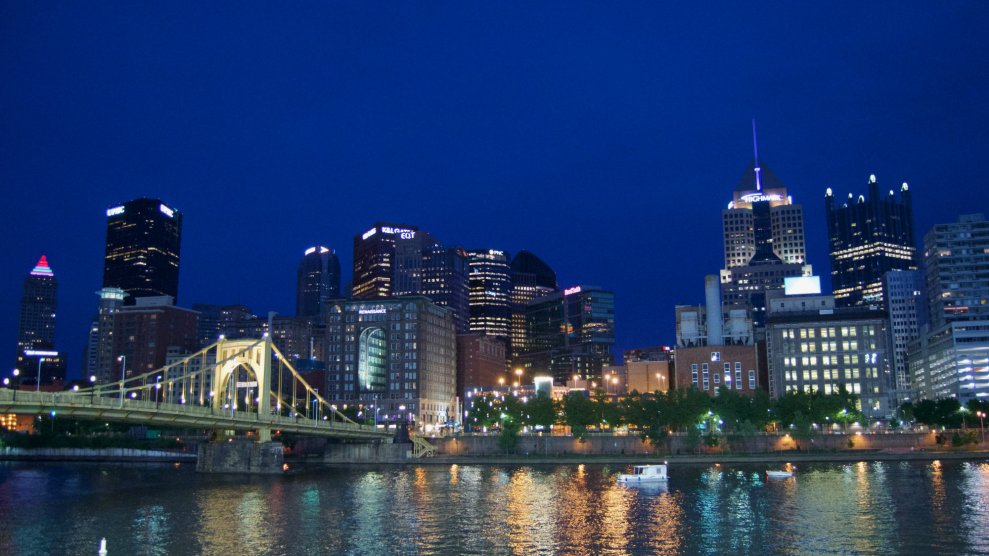 Donald Trump officially announced the US withdrawal from the Paris Agreement on climate change on Thursday, framing the 2015 deal as a kind of global plot to sabotage America.

“The Paris Agreement handicaps the United States economy in order to win praise from the very foreign capitals and global activists that have long sought to gain wealth at our country’s expense,” Trump said. “They don’t put America first. I do, and I always will.”

And if Paris was the symbol of that ideology, the alternative, a nation of miners and pipelines, belching smoke like a charcoal grill, was represented by…Pittsburgh? “I was elected to represent the citizens of Pittsburgh, not Paris,” Trump said.

It was a bad comparison, since citizens of both Pittsburgh and Paris share an interest in averting a minimum projected sea level rise of 2.4 feet by 2100, in the scenario in which the climate accord’s goals aren’t met.

But it was an especially bad comparison because Pittsburgh isn’t the burned-out steel town Trump thinks it is. In fact, it’s a pretty good example of how a city can recover and adapt to changing economic circumstances. Pittsburgh’s doing OK.

Once again, Donald Trump has shown himself a man who has acquired little to no new knowledge since the 1980s. And during the 1980s, Pittsburgh was indeed having a very tough time. The city lost 30 percent of its population between 1970 and 1990; in 1983, unemployment in the Pittsburgh metropolitan area hit 17 percent. Neighboring counties fared even worse. Deindustrialization and globalization slammed the Monongahela Valley. But that was 35 years ago.

Today, Pittsburgh’s biggest employer is the University of Pittsburgh Medical Center. Its other university, Carnegie Mellon, is home to a world-renowned robotics laboratory. The Golden Triangle is a landmark of downtown renewal. And Homestead, site of the great American labor battle of the 19th century, is a mall.

Before Pittsburgh was the poster child for a midsized, postindustrial city, it was a symbol of the ills of pollution. The soot from the steel mills hung so thick in the air the streetlights had to be on during the day. In 1948, 25 miles south of the city, the town of Donora was enveloped in a thick yellow smog that killed 20 people and sickened half the town. It was the worst air pollution disaster in US history and led to the passage of the Clean Air Act.

There’s no city in America that stands to benefit from climate change, whose enormous costs are and will continue to be borne mostly by the federal government (and hence distributed among us). But as a symbol for withdrawal from a global climate treaty, Pittsburgh is an especially poor choice.