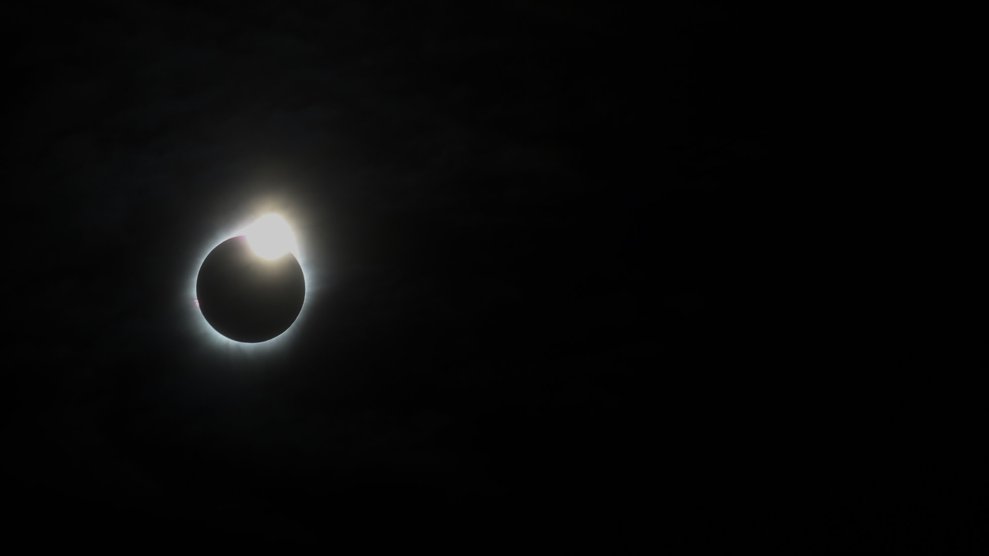 A total solar eclipse will pass across the U.S. on August 21, plunging those in the path of totality into darkness for around two minutes. This will be the first time a total solar eclipse has moved from coast to coast in 99 years, giving many amateur and professional photographers an opportunity to capture the event on camera.

To take a photo of the eclipse with a digital camera, you will need to buy a solar filter that reduces the sun’s brightness. This will stop the light intensity from destroying the camera, NASA says in its guide. “If you only take a photo at the moment of totality, you will not need this filter, and will be rewarded by being able to photograph the faint corona, which will not be visible if you have the filter in place,” the space agency adds.

It suggests having a trial run ahead of the eclipse by taking photos of the full moon at night—it is about the same diameter as the sun will be on that day. A detailed guide on how to take a photo of the eclipse with a digital camera can be found here.

“You can use one of those ISO-verified sun-viewing glasses that will be available for eclipse viewing to cover the smartphone lens. When totality starts, take the filter off and shoot normally with the smartphone.”

To take pictures of the eclipse on a smartphone, NASA suggests covering the lens with a solar filter just before and after totality, as this will provide a clear image of the solar disc. “You can use one of those ISO-verified sun-viewing glasses that will be available for eclipse viewing to cover the smartphone lens,” it says. “When totality starts, take the filter off and shoot normally with the smartphone.”

Totality will last for around two and a half minutes for those in its path. Anyone taking pictures of the solar eclipse should take the same safety precautions as those watching it, by using solar viewers and not looking directly at the sun without safety equipment. NASA also warns it has no advice for how to safely take photos of the partial solar eclipse.

Another way to photograph the total solar eclipse is via an app that has been specially created as part of a collaboration between researchers at the University of California, Berkeley, and Google to track the eclipse via citizen science. The Eclipse Megamovie Mobile app provides smartphone users with an appropriate filter to protect the camera’s sensors. This can be done by cutting up eclipse glasses and taping the filter over the camera lens.

Once the camera on the phone is good to go, the app will work out where you are and automatically take photos of the sun 15 seconds before totality and then take shots periodically throughout the whole event.

The images collected via the app can then be shared with the Megamovie project, which aims to help scientists learn more about the sun. Juan Carlos Martínez, from the University of California, Berkeley’s Space Sciences Laboratory, works on the Megamovie project and said in a statement, “The app is going to do everything for you, so you just need to enjoy the eclipse. The idea is to create a unique new type of dataset that can be studied by scientists for years to come. It’s really an experiment in using crowdsourcing to do solar science, which will hopefully pave the way for much future work.”

For tips on how to watch the eclipse safely, click here. To find out where to buy glasses and how to make homemade viewers, read our guide.