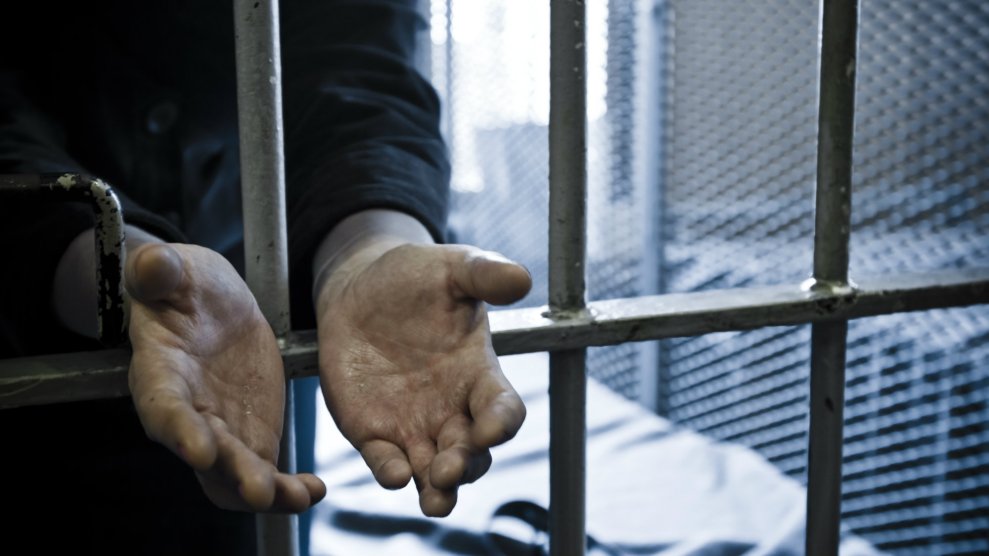 Throughout the summer, temperatures inside Arizona’s prisons often exceeded 100 degrees. According to the Phoenix New Times, not only did inmates and staffers suffer, but some authorities may have recorded false temperatures to make conditions appear more comfortable than they really were.

Since 2014, state correctional facilities have been required to keep a record of indoor temperatures, as part of the settlement from a lawsuit alleging mistreatment of inmates. In 2012, 13 inmates sued the Arizona Department of Corrections over substandard health care in its facilities, which they alleged involved standing in long lines in the sweltering heat or leaving vulnerable inmates in units without air conditioning. Parsons v. Ryan was settled in 2014, and the agreement required multiple stipulations, including the monitoring of prison temperatures.

This summer, temperatures soared in Arizona. The heatwave in June was so severe that flights out of Phoenix were grounded. During that week, the Arizona State Prison Complex-Douglas in the southeast region of the state recorded temperatures up to 119 degrees in some units. At the Safford prison, southeast of Phoenix, temperatures inside the medical units hit 110 degrees. “Obviously, those are very dangerous temperatures for anybody,” David Fathi, a staff attorney for the ACLU’s National Prison Project who represented inmates in the 2012 lawsuit, told the Phoenix New Times.

But some prison staffers at Perryville, the women’s facility in the Phoenix metro area, nonetheless allegedly filled out logs days in advance that charted reasonable temperatures:

At other facilities—including the state prison in Phoenix, which is designated as a mental-health facility for people on psychotropic medications—temperatures didn’t get logged at all.

There’s evidence to suggest that ADC staff are fabricating some of the records that they’re handing over to the court, Fathi said. On August 25, lawyers for the Department of Corrections emailed him temperature logs from the Perryville prison that included a set of readings for August 26 to 31—in other words, six days into the future.

The logs also included temperatures that were lower than reported elsewhere in the state.

Heat-related illnesses can happen to anyone, but some groups are more vulnerable than others.  For inmates taking psychotropic medicines, for instance, or inmates with certain illnesses such as asthma, extreme temperatures can be deadly. Employees at some facilities during this period reported feeling unwell after working in extreme heat and called in sick because of severe dehydration. Extreme heat waves are only expected to get worse in the future thanks to climate change. On average, Phoenix now has 16 days above 110 degrees per year. by 2050, that number is expected to increase to 53.

As Mother Jones reported in August, prisons and jails all across the United States are lacking air conditioning:

All across the country, prisons and jails are not equipped with air conditioning, and when temperatures soar, inmates are often trapped in unbearable, life-threatening conditions. The southern United States faces the greatest risk of extreme heat in the future, and cities in Florida, Louisiana, and Texas are projected to see the greatest increase of dangerously hot days. All three rank in the top 10 of states with the highest incarceration rates and already serious problems have emerged.

And in Arizona, this lack of air conditioning for inmates ended in tragedy:

On a hot summer day in August 2015, 25-year-old Cynthia Apkaw hanged herself with her bed sheet in her cell at a women’s prison in Arizona. According to Fox 10 Phoenix, the guards weren’t able to stop her because they were sitting in the air-conditioned command center.

Fathi is worried that fake temperatures could be plaguing prison records statewide. “Obviously, those temperatures were made up,” he said. “What we don’t know is how widespread the practice is.”