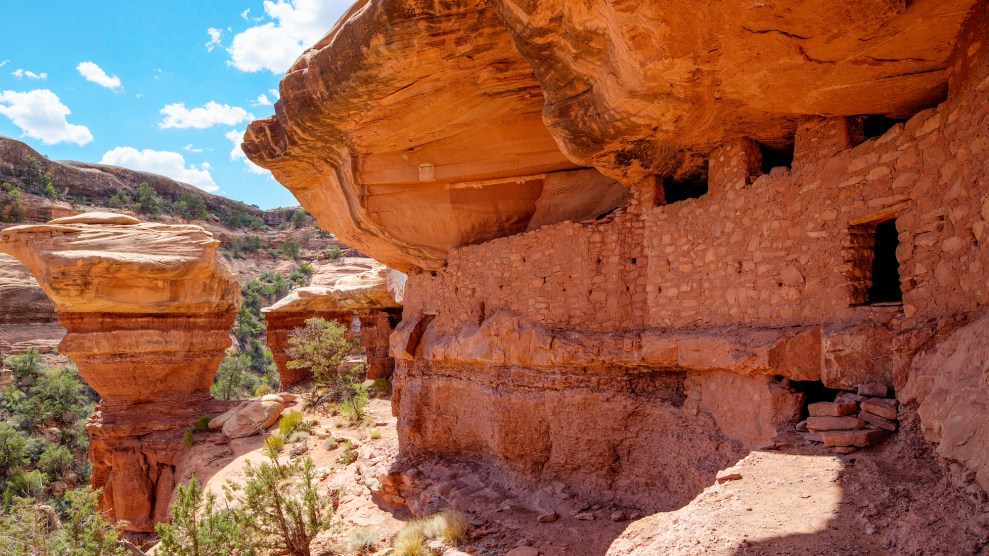 Without visiting the monuments he’s targeted, Trump is expected to announce his decision on a review conducted by Interior Secretary Ryan Zinke. He reportedly told Sen. Orrin Hatch (R-Utah) that he will shrink the 1.35 million acres Bears Ears and 1.9 million acres Grand Staircase-Escalante monuments to a fraction of their original sizes.

Five sovereign Native nations—including the Navajo, Hopi, Zuni, and Ute—had petitioned the president earlier this year to grant federal monument protections to the area. All five tribes attest that the area is dense with burial grounds and cultural sites. In the 19th century, Navajo leaders used the area’s canyons to hide from the U.S. government’s campaign of forced relocation, “the long walk to Bosque Redondo.” Outside archeologists know the area for its unmatched record of rock carvings, which go back thousands of years before the common era.

Rebecca Tsosie, a law professor at the University of Arizona who is of Yaqui descent, said that one of the best aspects of the president’s proclamation was that it recognized Native people still use and need public lands today.

The five tribes have already announced their intention to sue once Trump takes action. Many experts and environmentalists question whether Trump’s attempt to shrink monuments, unprecedented for a modern president, will survive court challenges.