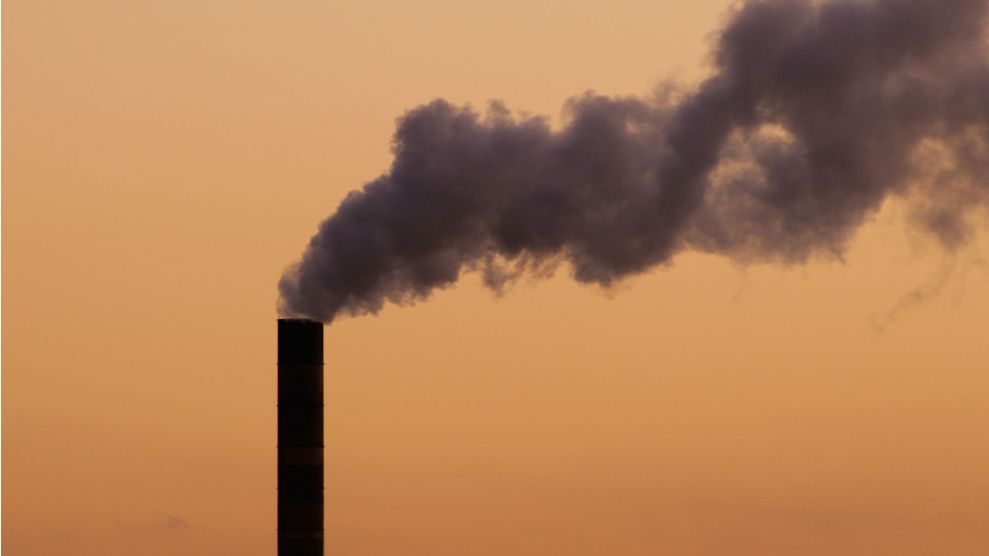 Billionaires, bankers and corporate executives have trumpeted a new era of sustainable capitalism for years, promising that advances in renewable energy and a rising generation of socially conscious tycoons would radically change an economic system addicted to fossil fuels.

But a study published this month in the peer-reviewed Academy of Management Journal found that several big companies that had announced ambitious sustainability goals retreated when profits decreased or top executives changed.

The research tracked five major Australian firms in different sectors over 10 years, examining company reports, media releases and policy statements and conducting more than 70 interviews with senior managers. Between 2005 and 2015, the unnamed companies—in energy, manufacturing, finance, insurance and media, with workforces ranging from 1,500 to 36,000 employees—adopted progressive climate policies with much fanfare, only to quietly scale back the efforts in the years that followed.

“We need to be rethinking the whole way in which we’re handing over the future of our societies to markets and corporations.”

The findings highlight the limitations of relying on market forces to combat climate change and dangers of allowing corporations beholden to the financial interests of shareholders to shape policy. It suggests the systemic changes scientists say are necessary to avoid the worst effects of warming temperatures will require massive government spending and regulation.

“There’s so much hype about corporate good deeds, corporations will save us,” Christopher Wright, a co-author of the study and professor at the University of Sydney Business School, told HuffPost by phone on Sunday. “It’s so at odds with the reality that it’s pretty frightening.”

He and his co-author, the University of Newcastle’s Daniel Nyberg, identified three distinct phases in the companies they studied.

In the first phase, the companies laid out the “framing,” or business case for climate action. In doing so, they made bold announcements using words like “innovation,” “opportunity,” “leadership,” and “win-win outcomes,” while avoiding more negative terms such as “regulation” and “sacrifice.” The new policies included internal carbon pricing schemes, renewable energy investments or the launch of initiatives to reduce greenhouse gas emissions.

The second phase involved “localizing” the issue with steps to reduce energy consumption, begin using “green” products and services, and promote the need for climate action. Internally, this included retrofitting facilities with energy-saving lighting and creating new positions such as a chief sustainability officer to oversee progress. Externally, programs like this spurred most major corporations, including oil giants Exxon Mobil Corp. and Royal Dutch Shell that spent years funding climate change denial, to support the Paris climate agreement in 2015.

But in the final stage, this progress began to deteriorate. The third phase marked the return to “normalization,” where climate change initiatives wound down and market concerns took priority.

During this period, shareholders, financial analysts or managers pressured the firm to reduce costly climate initiatives and pursue new fossil-fuel-related business opportunities, such as hydraulic fracturing or tar sands oil, as the researchers observed at the manufacturing firm. Political pressure also played a role, as conservatives shifted the Australian government away from climate change-related policies in favor of increased fossil fuel extraction.

The reversal at companies also took the form of a new chief executive coming in to promote a “back to basics” strategy. In an interview for the study, one senior manager at the insurance company summed it up like this: “Look, that was all a nice thing to have in good times but now we’re in hard times. We get back to core stuff.”

“The corporate message seems to be to rebang the drum on markets and technology and certainly make no mention of coercive regulations or laws limiting what they do.”

Recent research seems to confirm the findings. Fossil fuel emissions hit an all-time high in 2017 as carbon dioxide emissions surged for the first time in three years, climate scientists announced earlier this month. Methane and nitrous oxide emissions—greenhouse gases that each trap 30 and 300 times more heat than carbon dioxide—are also on the rise, European Union scientists said last month. Meanwhile, companies are barely making a dent, making it only 31 percent of the way to reducing emissions to levels needed to keep the world from warming beyond the point scientists say climate change will become unmanageable, a study released last month by the green investor nonprofit CDP found.

“You’re looking at systemic economic change,” Wright said. “Given that scale, it’s not surprising then, perhaps, that there has been so little action.”

Addressing climate change requires a full rethinking of the economic theories that have dominated politics in developed countries for decades, he said. In the 1980s, conservative governments under President Ronald Reagan and British Prime Minister Margaret Thatcher pushed for aggressive deregulation under the auspice that, freed of high taxes and bureaucratic red tape, companies and wealthy people would spread their fortunes around in the form of job-creating investments. A decade later, in the 1990s, President Bill Clinton, a Democrat, adopted a similar skepticism of the role of the state. The concept, favoring limited state intervention and widespread privatization, is called neoliberalism.

“We need to be rethinking the whole way in which we’re handing over the future of our societies to markets and corporations,” Wright said. “That was the consensus in the late ’80s and ’90s, that that was the way to do it. Unfortunately it’s the exact opposite.”

Yet corporate interests dominate international negotiations on climate change. At the United Nations’ annual climate change summit this month, Ukraine introduced a proposal to give some of the world’s largest polluters a bigger say over how the Paris climate deal gets implemented. The United States, which pushed for increased coal and fossil fuel use despite President Donald Trump’s promise to withdraw from the Paris agreement, backed the proposal.

In March, developing countries, including some of the nations most vulnerable to sea level rise, called for new regulations to limit the influence of corporate lobbyists on rich countries’ climate delegations. “These corporations are so powerful,” Chebet Maikut, a representative for Uganda, told The New York Times. “We need a stronger rule book.”

Stark contradictions abound with even the most vocally eco-conscious corporate giants. Walmart touts itself as an environmental leader and said in February it’s “staying on track to fight climate change.” Yet the retail behemoth refuses to add an environmentalist to its board of directors, insisting the founding Walton family’s billionaire patriarch’s philanthropy qualifies him as an expert.

Apple—which hired Lisa Jackson as its sustainability chief after she served as Environmental Protection Agency administrator during President Barack Obama’s first term—issued a $1 billion green bond in June, vowing to become one of the greenest corporations. But the iPhone maker contributes to an ever-growing electronic waste problem by fighting to ban its customers from repairing their devices.

“The corporate message seems to be to rebang the drum on markets and technology and certainly make no mention of coercive regulations or laws limiting what they do,” he said. “If anything, it’s about giving them space to self-regulate, which again fits with that neoliberal creed.”

He sighed. “I’m pessimistic about the future.”