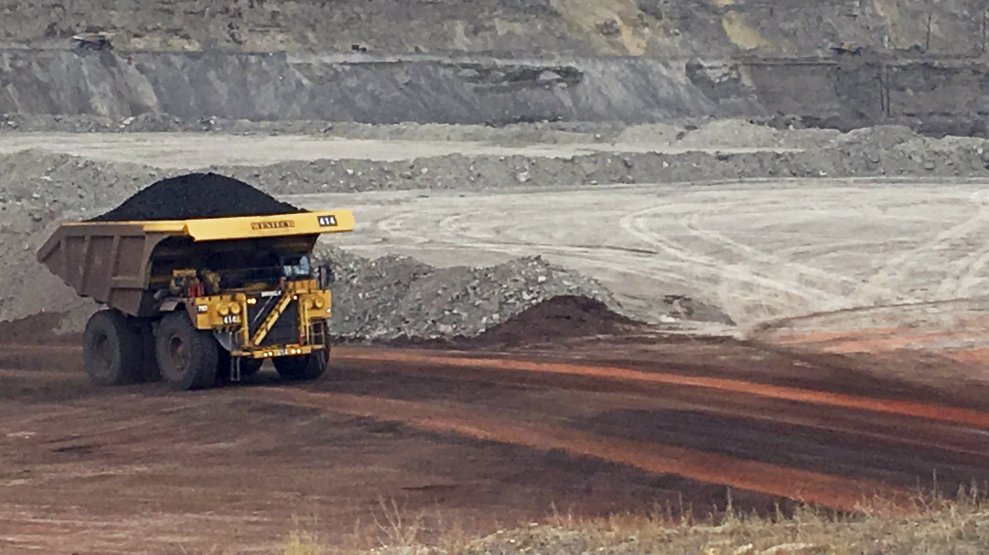 Just before Christmas, the Interior Department quietly rescinded an array of policies designed to elevate climate change and conservation in decisions on managing public lands, waters and wildlife. Order 3360, signed by Deputy Secretary David Bernhardt, explains that the policies were rescinded because they were “potential burdens” to energy development.

The order echoes earlier mandates from President Donald Trump and Interior Secretary Ryan Zinke to Interior’s 70,000 employees: Prioritize energy development and de-emphasize climate change and conservation. The order is another in a long string of examples of science and conservation taking a backseat to industry’s wishes at the Interior Department under Zinke.

The sweeping order, which Bernhardt signed Dec. 22., affects a department that manages a fifth of the nation’s land, 19 percent of U.S. energy supplies and most of the water in the 12 Western states. It fulfills a high-profile executive order by Trump and a secretarial order from Zinke, both announced in March. Interior did not publicize the order but posted it on its website with other secretarial orders. The Interior Department refused to answer questions about order 3360 on Thursday. “Sorry, nobody is available for you,” Heather Swift, the department spokesperson, wrote in an email.

Environmental groups were surprised that the agency failed to tout the policy decisions. “We’ve been waiting for it. We thought they would do it with some sort of great pride,” said Nada Culver, who directs the Wilderness Society’s BLM action center.

“We’ve been waiting for it. We thought they would do it with some sort of great pride.”

The Bureau of Land Management last week did announce a related policy change that makes it easier for companies to develop oil and gas in core sage grouse habitats that were protected in 2015 as part of an unprecedented conservation initiative. The BLM replaced six instructional memoranda that direct field staff on how to manage 67 million acres of prime sage grouse habitat across 10 Western states. Among other things, the new instructions relieve BLM staff from the requirement that they prioritize drilling outside of prime sagebrush habitat areas.

David Hayes, President Barack Obama’s then-deputy secretary of Interior, said the policy rescissions were very significant because these policies guided the agency’s field staff in how to manage the nation’s vast resources at a time when climate change is already impacting public lands in many ways. “It would be irresponsible as land managers not to take into account these risks, such as drought, fire, invasive species, potential sea level rise, storm surge impacts, wildlife impacts—all of which already are being felt,” Hayes said.

“It would be irresponsible as land managers not to take into account these risks, such as drought, fire, invasive species, potential sea level rise, storm surge impacts, wildlife impacts.”

In his March order, Zinke directed staff to scour their agencies to find policies that hamper energy development.

A report published by the Interior Department in October outlined dozens of policy changes in the works to remove barriers to energy development. The report says that even some of the nation’s most treasured areas—including national monuments, national conservation lands and wild and scenic rivers—won’t be spared from Trump administration efforts to promote energy development.

The new order, which was effective immediately and does not require congressional approval, stems from Zinke’s March directive. It did not specify how the rescinded policies hindered energy or what policies, if any, will take their place.

Among the policies erased by the December order was the climate change chapter of the Interior Department’s manual. This chapter stated that it was the department’s policy to “adapt to the challenges posed by climate change to its mission, programs, operations, and personnel. The Department will use the best available science to increase understanding of climate change impacts, inform decision-making, and coordinate an appropriate response to impacts on land, water, wildlife, cultural and tribal resources, and other assets.”

This 2012 policy required national parks and other public lands to consider climate change when developing resource management plans and when permitting various activities. It instructed them to consult the departments’ new Climate Science Centers and Landscape Conservation Cooperatives so they can be guided by the best science available. The policy responded to a 2009 executive order by Obama, which Trump rescinded in March.

Joel Clement, who was the Interior Departments top climate change official before he quit in October, was a main architect of the policy. He says it gave agencies the authority to plan for the myriad of challenges public lands face from climate change. Without the policy they no longer have clear authority. “All of these agencies will fail at their missions if they don’t plan for the impacts of climate change,” Clement said.

Another policy erased by Bernhardt’s order was a chapter added in 2015 that encouraged land managers to look beyond the small parcels of land impacted by a single project when considering mitigation. Instead, it asked them to see how mitigation efforts fit into the conservation goals for larger areas surrounding the projects. This applied to permitting various activities such as mining, drilling for oil or building a solar power plant. The BLM, National Park Service or Fish and Wildlife Service would require the company to first avoid and minimize any impacts to natural resources. If impacts were unavoidable, a company would have to “compensate” by designing a mitigation project that would have to reflect broader conservation goals. For instance, if they had to fill in a wetland or build a road through sagebrush habitat, they’d have to invest in restoration projects that replaced the habitat lost.

Hayes said traditionally land managers only looked at the areas impacted by the project or perhaps inside the borders of their own park or refuge. But because climate change is impacting resources across large regions, it became important to start managing across jurisdictional boundaries. The department set up 8 regional Climate Science Centers and 22 Landscape Conservation Cooperatives to help land managers study how the broad impacts of climate change should impact their work. (The Trump administration has proposed slashing funding the Climate Science Centers and eliminating the Landscape Conservation Cooperatives, but so far Congress has continued to fund both.)

The new order also rescinded BLM’s 2016 mitigation manual and mitigation handbook. These policies guidelines built on the principles of the Interior Department’s mitigation policy and were much more detailed and specific to the kinds of projects BLM authorizes. The handbook both describes how to assess the impacts projects will have on natural resources and outlines how to devise mitigation projects to offset those impacts. BLM is the agency that manages the nation’s energy resources on public lands, including those overseen by the Forest Service.

The agencies are still legally required under the National Environmental Policy Act to mitigate the harmful effects of development and consider climate change. Now they’ve been told not to let climate change considerations or mitigation burden energy development. And they have no guidebook to help them navigate these competing mandates. That confusion could leave the door open for a lot of lawsuits. “That takes you down a very dangerous road for other resources and uses of public lands,” Culver said. “I think it’s going to make the situation worse both for the resources on the ground and for whatever projects they approve.”