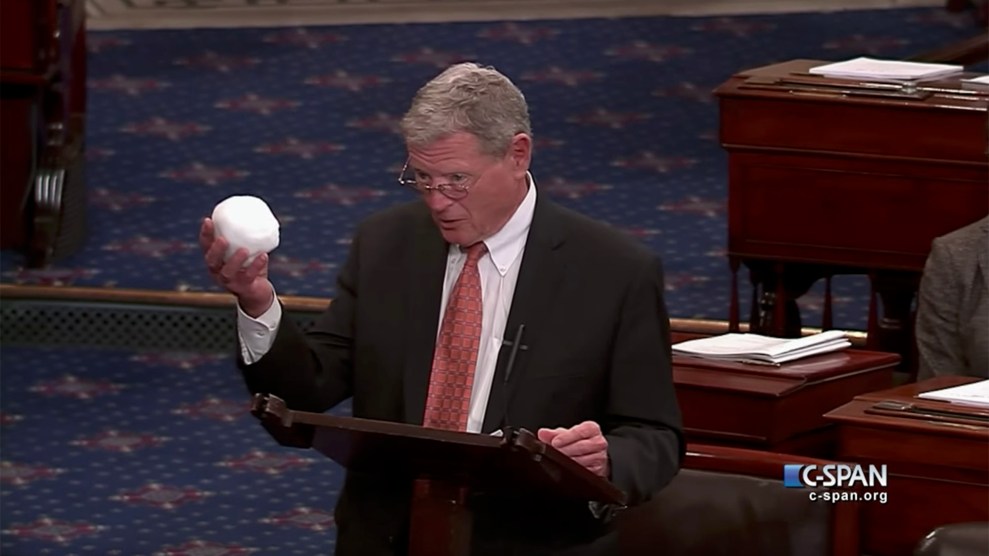 February 26, 2015 is a day that will live in Internet infamy for a few reasons. It gave us the great dress debate and the runaway llamas. But in the annals of science, let’s not forget it also gave us the snowball on the floor of the Senate.

On this day, three years ago, Senator James Inhofe (R-Okla.), chair of the Senate Environment and Public Works Committee, appeared with a snowball on the Senate floor to demonstrate, once and for all, that climate change is a hoax.

“You know what this is?'” asked Inhofe, the author of The Greatest Hoax: How the Global Warming Conspiracy Threatens Your Future. “It’s a snowball, from outside here. So it’s very, very cold out. Very unseasonable.” Then he tossed it to a congressional page.

It happened to be very cold in the eastern United States that February, but 2015 overall ranked as the hottest year ever recorded globally (a record we broke again in 2016).

So now as we pause to commemorate the senator’s snowball, we should also look back on this innocent time—before most of us ever imagined that we would have a sitting president who agreed with the Senate’s most notorious climate change denier.

DON'T TALK ABOUT FEB. 26, 2015, WITHOUT TALKING ABOUT JIM INHOFE'S SNOWBALL ON THE SENATE FLOOR. pic.twitter.com/2DItVa2fgy