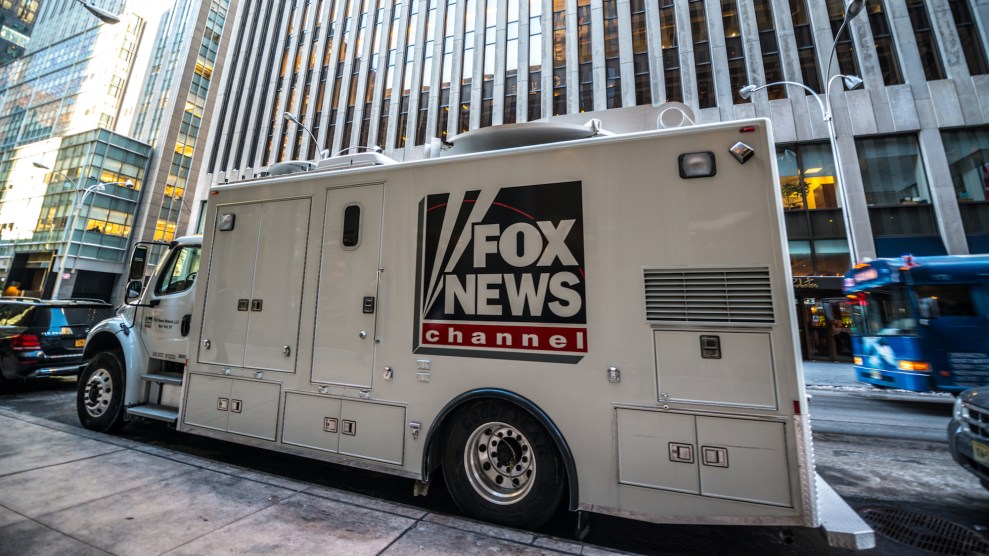 Here’s the good news: Coverage of climate change on the major broadcast networks increased substantially last year. The bad news? The vast majority of that coverage was driven by the policies and global warming denial of President Donald Trump.

According to a new study from the liberal group Media Matters for America, the Sunday political shows and nightly newscasts on ABC, CBS, NBC, and Fox’s broadcast network devoted a total of 260 minutes to climate change in 2017. That’s a huge increase over 2016 and by far the most climate coverage since the group started tracking that data in 2009. (Media Matters used more search terms in its 2017 study to broaden the results, but it says the methodological change didn’t account for the large increase).

But when it comes to the actual content of all that coverage, Trump and his appointees largely drove the narrative. Seventy-nine percent of nightly news and Sunday show coverage focused on Trump’s statements and administration’s actions rather than on the impacts or science of climate change. And news shows didn’t always feature experts to rebut the president’s uninformed opinions. PBS frequently included the perspectives of scientists in it climate coverage, but other networks did so much less often.