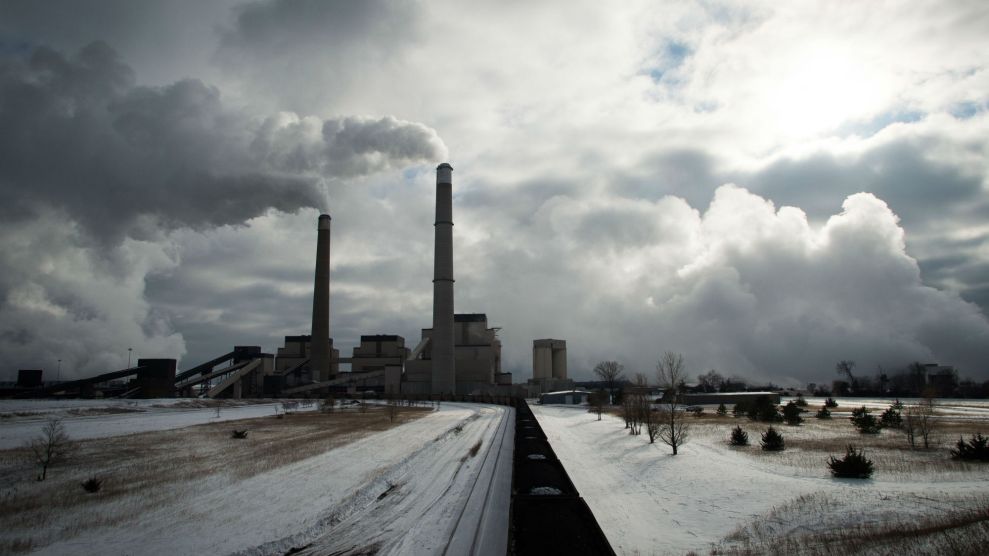 Thus far, the Trump administration has seemed to make it a point to ignore the very real threat of global warming in its policy and unabashedly censor climate science on government websites, reports, and speeches. It should come as a shock to no one, then, that the administration’s recent rollback of the Obama-era Clean Power Plan, has been no different—and gives even more cause for alarm among environmentalists.

Introduced in 2015, the Obama administration’s ambitious environmental program would have regulated coal-burning power plants and heavily reduced carbon emissions in the coming decades. But, in October 2017, Trump’s Environmental Protection Agency announced its intention to repeal the Clean Power Plan, and in late August, it had a replacement: the dramatically weaker “Affordable Clean Energy” proposal.

Now, a draft version of the proposal released Friday reveals the Trump administration has removed mentions of climate science that were included in earlier iterations of the plan.

A previous draft, sent to the Office of Management and Budget in July, included phrases like “global average surface temperatures,” “sea level rise,” and “the burning of fossil fuels” in its impact analysis. By August, those sections—hundreds of words that warned of the growing threat of climate change—were cut from the final, 289-page analysis.

Now, all that remains in that section of the impact assessment is a paragraph that vaguely mentions the threat of greenhouse gases:

In 2009, EPA Administrator found that elevated concentrations of greenhouse gases in the atmosphere may reasonably be anticipated both to endanger public health and to endanger public welfare. It is these adverse impacts that necessitate EPA regulation of GHGs from EGU sources. Since 2009, other science assessments suggest accelerating trends.

It’s unclear exactly why the language was cut. According to Bloomberg, the EPA acknowledged general revisions during a review period, but offered little explanation. “As a result of the interagency review process, a number of changes were made to the proposed ACE rule and its accompanying materials,” said an EPA spokesperson. “EPA looks forward to receiving comment on a variety of these issues during the public comment period.”

The impact analysis, however, was clear about one thing: the threat of air pollution from cars. As my colleague Dan Spinelli reports, by its own estimates, the EPA’s new plan would cause between 470 to 1,400 more deaths by 2030 thanks to an increase in air pollution, and would only reduce carbon emissions by up to 1.5 percent from projected levels—far lower than what Obama’s plan would accomplish.

“This administration has a long history of attempting to censor the science underpinning our most important health and environmental protections,” said Tomás Carbonell, the director of regulatory policy at the Environmental Defense fund, in a statement Tuesday. “And this seems to be an egregious example of that. Climate change is a clear and present danger to all Americans and ignoring it is not an option.”

The EPA is currently taking comments on the Affordable Clean Energy proposal.