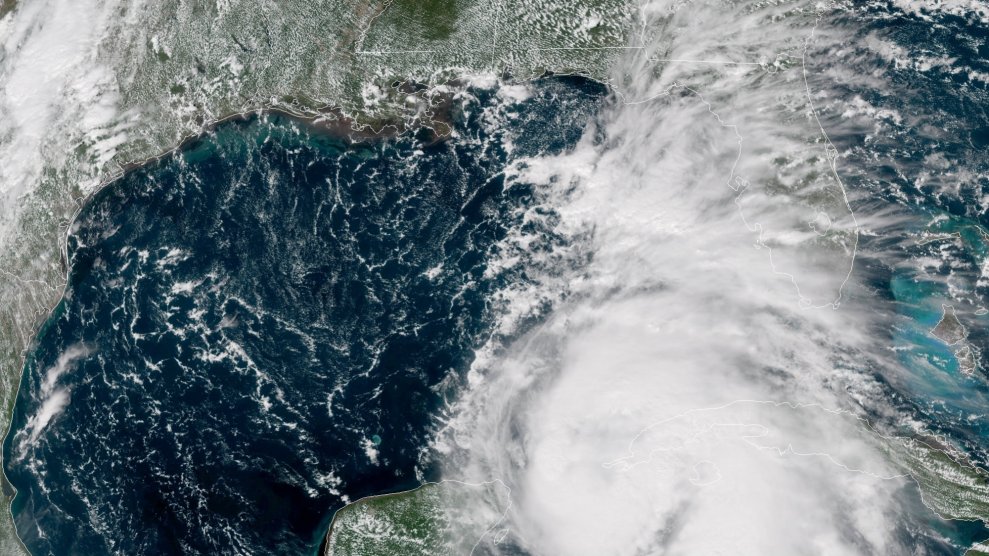 Update, October 10, 2018: Hurricane Michael has rapidly intensified to a Category 4 storm. Packing up to 145 mph winds, it could become the strongest hurricane on record to strike the Florida Panhandle. Michael is expected to make landfall on Wednesday afternoon bringing with it strong winds, torrential rains, and up to a 14-foot storm surge. Florida Gov. Rick Scott has said that for anyone still on the coast, it’s too late to evacuate.

A major hurricane is expected to make landfall on the Florida Panhandle later this week, bringing with it heavy rainfall, strong wings, and life-threatening storm surges as it tracks its way up the eastern United States.

#Michael could produce three life-threatening hazards along portions of the northeastern Gulf Coast: storm surge, heavy rainfall, and hurricane-force winds, with storm surge and hurricane watches in effect. Residents in these areas should follow advice given by local officials. pic.twitter.com/JZENNHSQTK

Michael, which is currently churning off the coast of Cuba, rapidly intensified from a Tropical Storm to a Category 1 hurricane in just 24 hours. The National Hurricane Center expects it to continue to strengthen and possibly make landfall as a Category 3 storm on Wednesday.

Gov. Rick Scott has declared a state of emergency in 26 counties, telling residents that Michael has “the potential to bring devastating impacts to communities across the Panhandle and Big Bend and every family must be prepared.”

In preparation, Florida State University announced its Tallahassee and Panama City campuses will be closed Tuesday through Friday.

In addition to lashing Florida, Hurricane Michael could also bring strong winds and torrential downpours to the Carolinas, which are still recovering from Hurricane Florence, a Category 1 storm that killed 42 people and caused catastrophic flooding last month.