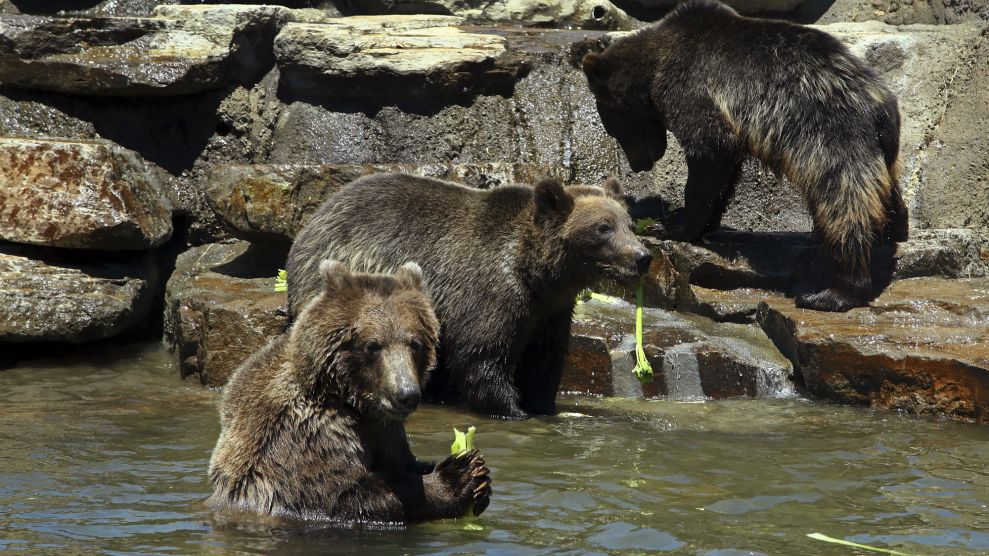 As massive power outages swept across the northern part of California Wednesday, the Oakland Zoo, which was closed to the public, hustled to protect its animals, especially ones that rely on a stable environment.

Of the highest priority are the mountain yellow-legged frogs, which are endangered, the foothill yellow-legged frogs, which are under consideration to be listed as endangered, and the Puerto Rican crested toads, which are listed as threatened. The first two require air conditioning during the day, while the latter needs heat at night to survive, according to Darren Minier, assistant director of animal care, conservation, and research at the zoo, who spoke to me over the phone Wednesday after getting the last “loose ends tied up,” with a cockatoo named Jenny and an Amazon parrot named Brock squawking in the background. A generator “will kick on as soon as that building loses power,” he says, “so that we don’t injure those very sensitive species.”

As of 4 pm local time, the zoo had not yet lost power. It expected to lose power later Wednesday evening, around 8 pm local time, along with many other Bay Area residents.

The recent outages are the first time, says Minier, that the zoo has dealt with a loss of power at this scale since the 1989 earthquake that struck San Francisco and other parts of the Bay Area. The zoo was much smaller then and wasn’t badly affected. “I would definitely say this is our first sizable event since being built,” he says. “But, I mean, we plan for this.”

So far, more than 1 million people are estimated to have been affected by the power outages. The state’s largest power utility, Pacific Gas & Electric, intentionally scheduled the shutoff in an effort to prevent the spread of wildfires caused by malfunctioning equipment, but the loss of power has sent its customers into something of a scramble. Schools have canceled class, public transit has been delayed, and hardware stores have been picked clean of their generators.

Luckily for the rare frogs and toads, the zoo has more than 10 generators on site, meaning conditions for the animals, for the most part, won’t change when the power does actually go out. Problems start if the outage lasts longer than 24 hours, Minier says, when the animals’ perishable frozen food may need to be relocated offsite. If it lasts up to four to five days, as PG&E has said is possible, the generators will run out of gas and need to be refilled.

No animal will go without water during the power outage, but if it lasts longer than a day or two, some species whose water is refilled or filtered regularly—otters, alligators, Grizzlies—might have their tanks get a little grimy, according to Oakland Zoo CFO Nik Dehejia. “We have these filtration systems for animals…where we have re-circulating systems, and so we are looking at proactively turning those off, should it be needed, and the water quality will be compromised,” he says.

Luckily, this all means the zoo has things under control for now. But it might not be so lucky in the future. If the outages were happening in the chill of winter rather than the area’s warm fall, Minier says, finding supplemental heat for critters like their reptiles might have been a real challenge. (Unfortunately, that could be a possibility: California has two fire seasons. The hot months of June through September and the windier period between October and April.) And, of course, as wildfires may become more frequent as a result of climate change, power outages will likely become more and more difficult and expensive to cope with.

“We’ve been worried about earthquakes, obviously, in California,” Dehejia says. “And now it seems like we have to worry about wildfires just as much. This is becoming a new normal for us.”