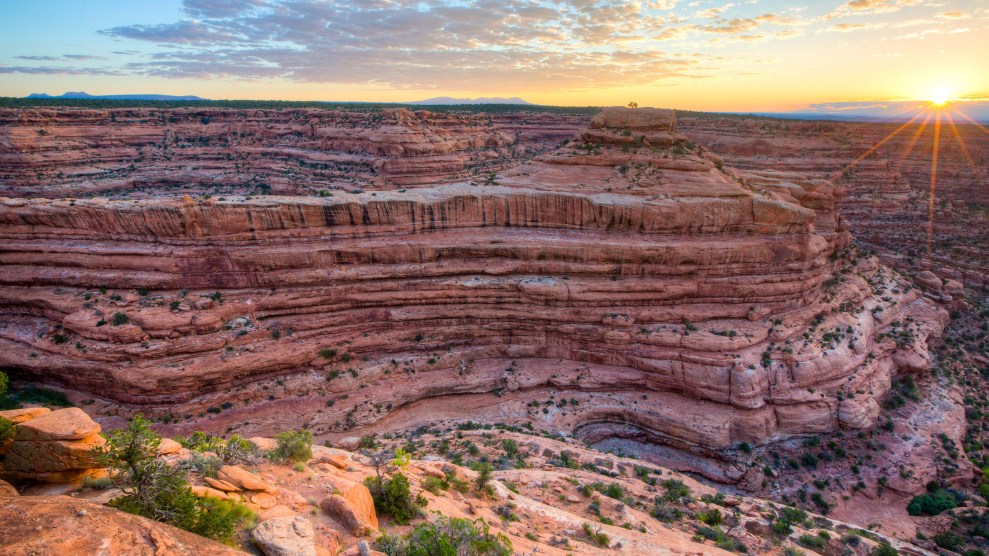 In 2017, President Donald Trump signed a proclamation that would reduce the size of Utah’s Bears Ears National Monument by 85 percent. When environmental groups and five Native American tribes fought back in court, the Trump administration tried to dismiss the legal challenges they raised. But on Monday, a federal judge turned down Trump’s attempt to block the lawsuits, the Salt Lake Tribune reported, meaning that the battle to preserve the national monument will continue.

Bears Ears, a 3.5-million-acre stretch of canyons, buttes, and desert plateaus, is notable not only for its stunning geologic formations, but also for its Native American cultural, religious, and archaeological sites. Former president Barack Obama designated Bears Ears as a national monument in 2016, despite pushback from Republican lawmakers in Utah.

A year after Obama’s designation under the 1906 Antiquities Act, Trump made the unprecedented decision to cut the area of Bears Ears from 1.35 million acres to 201,876 acres, according to the Salt Lake Tribune. He also tried to cut the size of another Utah national monument, Grand Staircase-Escalante, in half. The question at the heart of the current legal fight is whether Trump has the authority under the Antiquities Act to overturn his predecessor’s designation. In the meantime, in case it is ruled that he does, energy companies are hungrily eyeing the area’s oil and natural gas deposits.