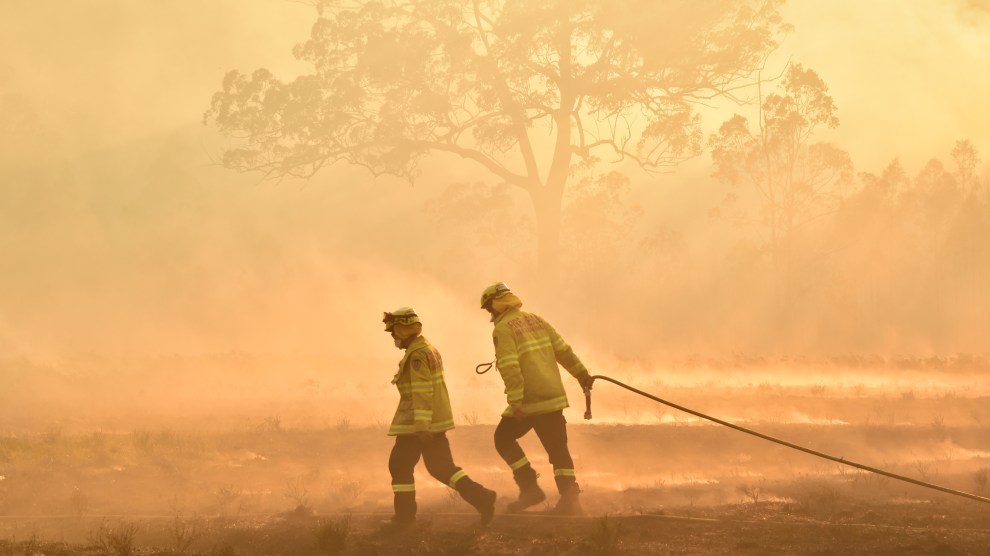 Residents of Sydney, Australia, are bracing for the worst as catastrophic bushfires rage across the state of New South Wales. Though Australia’s summer fire season has just begun, 150,000 hectares of land have already burned in one fire alone, the Sydney Morning Herald reports. Since Friday, the fire has killed three people and destroyed 170 properties.

Australia’s Prime Minister Scott Morrison has defended the coal industry and shown indifference to climate change, even as extreme heat has intensified the fires blazing in his country. On Monday, he tweeted, “Everything that can be done is being done to prepare for today’s incredibly dangerous fire conditions in NSW & Qld.”

Meanwhile, these photos reveal the devastation on the ground:

Images from the fire have also spread across social media (and, fortunately, most images seem to be real, unlike the viral photos that spread after the Amazon fires):

Australia is battling a record number of emergency-level bushfires, turning the sky over some cities red.

Matt Hope was on a flight from Sydney to Brisbane and captured this image of the fires on the New South Wales Mid North Coast.

Authorities declared a state of emergency across a broad swath of Australia’s east coast and asked residents to evacuate as bush fires continued to rage https://t.co/iplmg9t2u6 pic.twitter.com/6ZqMyJ2Tls