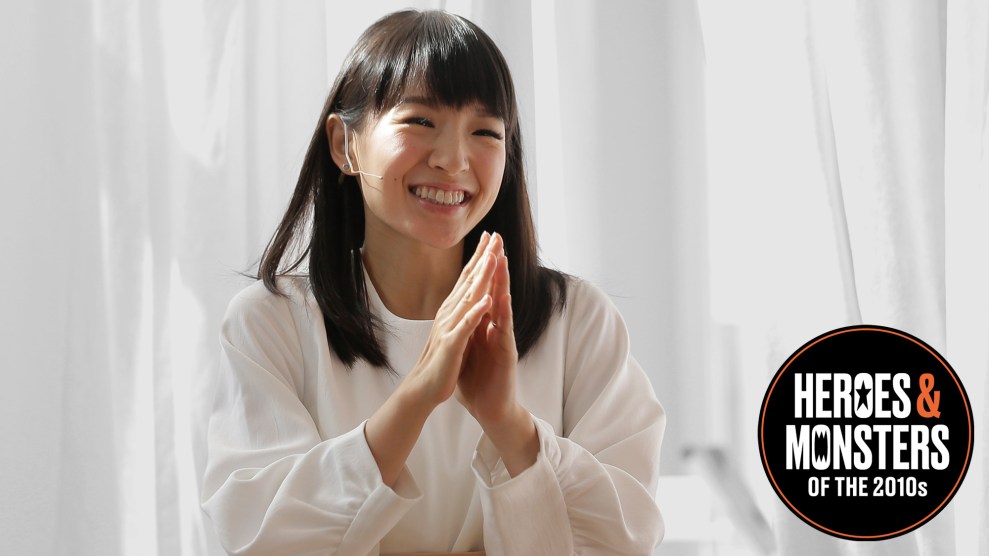 At first, Marie Kondo seemed like the divinely delivered antidote to our Target-obsessed, BOGO-afflicted culture. Her book, The Life-Changing Magic of Tidying Up, and her KonMari method offered a simple approach to engaging mindfully in our consumerist culture: take each of your possessions out of your closets and drawers, hold them in your hands one by one, and ask yourself of every item, “Does this spark joy?” If you answer in the negative, then that object has got to go.

Bootleg jeans that haven’t fit since Obama’s first term? Out! The half-off juicer you bought at a moment of personal resolve but haven’t used since? Out! The human teeth Grandpa took as war trophies from the Pacific theater during World War II? Probably best to send them to the proper museum or wronged nation, but, hell, if you can’t do that, to the Salvation Army with them, too.

It was self-help gold. Kondo’s book promised “dramatic changes in lifestyle” and “life-transforming” shifts in one’s relationships and career. Personal enlightenment and mental clarity were a guarantee; weight loss and clear skin were nice bonuses.

Then came the screeds. The first wave slammed Kondo for staring down the wrong end of the telescope. Don’t throw your shit away, you capitalist cog—just don’t fucking buy it in the first place. The second was about privilege. How nice to have enough stuff to toss in the trash, and then turn around and judge those of us for whom an abundance of possessions is a joy-sparking state unto itself, one making up for years of poverty and deprivation!

As the first wave of blowback ebbed, Netflix decided to give Kondo a second act. In late 2018, Our Lady of Immaculate Surfaces brought her methods to the masses in a limited-run show that swaddled itself in Queer Eye’s aspirational life-coaching ethos, minus the transformational payoff. The second Kondo Kraze dawned alongside a newfound distaste for the workings of the global supply chain. What happens to all that stuff once it’s deemed joyless? In this time of ecological crisis, what gets sparked by the thought of all of your chinos from 2007 emitting methane from the foothills of the town dump? Anxiety? Rage at a capitalist system that makes you pay twice for its meager consolations—once at purchase and once again in the form of environmental disaster?

It would have been one thing if Kondo had left her movement there, to dangle as an unsolicited commentary on American consumption habits and their side effects. But what do empty closets and clear surfaces beg for? “The goal of tidying is to make room for meaningful objects, people and experiences,” Kondo writes on the homepage of her new KonMari store. Now you can buy a $68 Palo Santo holder and a $96 ladle selected by the Wicked Witch of Waste herself that, some New Year’s morning not too far off in the future, you will no doubt hold in your hand one by one, finding your joy unsparked by either.

I want to be mad, but, frankly, I’m just impressed. May we all march into the next decade with balls as hefty and neatly folded as Marie Kondo’s.