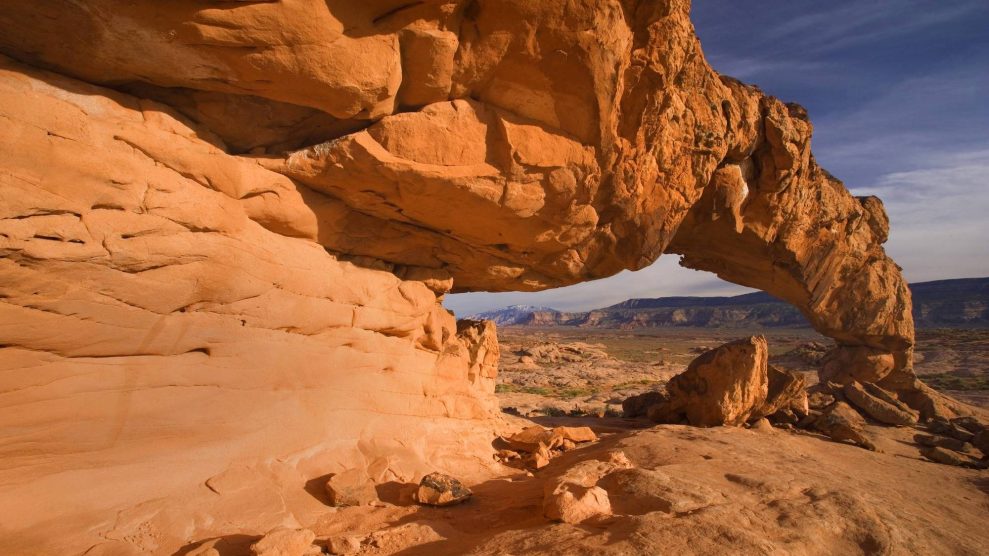 The Interior Department on Wednesday adopted final management plans that allow for mining, drilling, and other development on lands that the administration recently removed from Bears Ears and Grand Staircase-Escalante national monuments in Utah.

The move comes a little more than two years after Trump signed a pair of proclamations to carve more than 2 million acres from the two protected Utah sites—the largest rollback of national monuments in U.S. history—opening up vast swaths of previously protected federal land to extractive industries.

“We are advancing our goal to restore trust and be a good neighbor,” he said.

The Trump administration has said that shrinking the monuments was about reversing federal overreach and not aimed at boosting energy and mineral development, but reporting by The New York Times and other outlets found otherwise. The boundary of Bears Ears National Monument, a 1.35 million-acre landscape named after a pair of buttes and home to thousands of Native American archeological and cultural sites, was shrunk roughly 85 percent. The 1.87 million-acre Grand Staircase-Escalante National Monument, the largest land national monument in the country, was cut roughly in half.

“Any suggestion that these lands and resources will be adversely impacted by the mere act of being excluded from the monuments is simply not true,” Hammond said, adding there’s been “very little real interest in mineral development” on those lands.

Last week, investors representing nearly $113 billion in assets warned dozens of drilling and mining companies not to move into public lands that the Trump administration has opened for extraction, including Bears Ears and Grand Staircase-Escalante.

Conservation groups, including those currently suing the administration over the monument rollbacks, slammed Wednesday’s announcement.

“It’s the height of arrogance for Trump to rush through final decisions on what’s left of Bears Ears and Grand Staircase Escalante while we’re fighting his illegal evisceration of these national monuments in court,” Randi Spivak, public lands director at the Center for Biological Diversity, said in a statement. “Trump is eroding vital protections for these spectacular landscapes. We won’t rest until all of these public lands are safeguarded for future generations.”

Asked Wednesday why the Interior Department didn’t wait to finalize management plans until its legal challenges were settled, Hammond said, “If we stopped and waited for every piece of litigation to be resolved, we would never be able to do much of anything around here.”