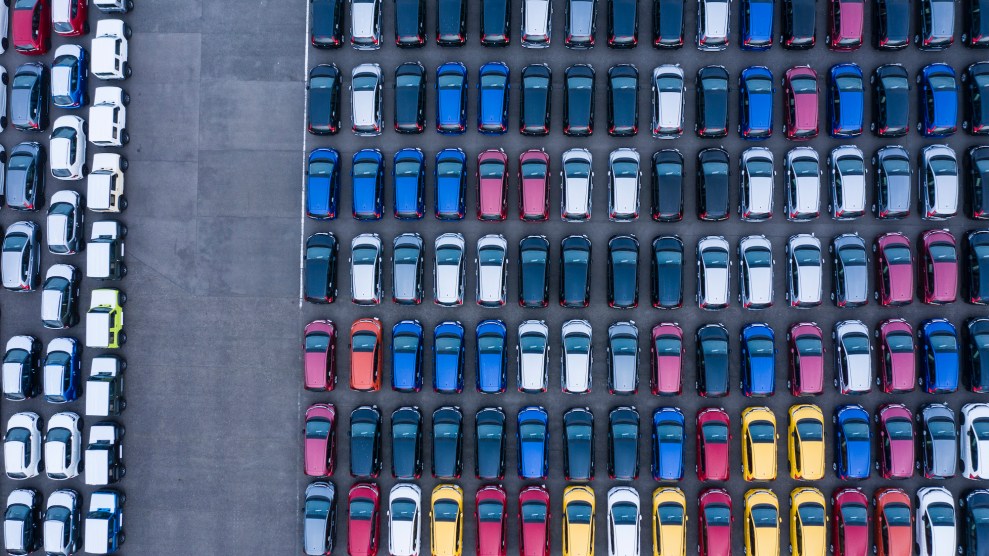 As the coronavirus spreads and grabs headlines, the federal government has been quietly removing the rules that protect people and the environment from pollution.

On Tuesday, the rule on the chopping block is a 2012 standard targeting car pollution. Environmental Protection Agency administrator Andrew Wheeler is expected to announce a weaker replacement for the Obama administration’s standards. EPA is already locked in a legal battle with California over whether the agency can revoke the state’s longstanding waiver to pursue tougher standards.

By the Trump administration’s own count, the car emission rule change would cause 299 premature deaths annually by 2050.

While the old clean car standards required an average 5 percent reduction in greenhouse emissions annually from cars and light truck fleets, the Trump administration’s version, called the Safer Affordable Fuel Efficient Vehicles, requires just 1.5 percent. It would keep the US lagging behind most of the world in its fuel efficiency requirements. Most of the domestic auto industry isn’t even on board with the Trump administration’s rule, saying it would cause more instability and would even cost the economy 60,000 jobs.

Those few percentage points might not sound like a major change, but the difference means more pollution clogging people’s lungs—a public health crisis that also makes us more vulnerable to COVID-19. Even without the threat of a respiratory illness, the reversal means a total 18,500 premature deaths, 250,000 more asthma attacks, 350,000 other respiratory problems, and a total $190 billion health costs between now and 2050, according to an Environmental Defense Fund analysis.

By the Trump administration’s own count, the rule change would cause 299 premature deaths annually by 2050. Then there are the climate costs: The transportation sector, already the United States’ biggest source of carbon pollution, would add the equivalent of 68 additional coal plants running at full blast for five years.

That’s not all that the environmental agencies have been up to the past few weeks. While announcing last week it was suspending much of the agency’s enforcement, the EPA moved forward earlier in March with its controversial rule limiting what science the agency is allowed to consider in its daily work.

Meanwhile, the Department of Interior has continued offering up millions of acres in public lands for sale to the oil and gas industry. And Interior’s Fish and Wildlife Service on Monday rejected California and Nevada’s state protections of the endangered sage grouse, delisted by the Trump administration from the Endangered Species Act.

Next, watchdogs expect the EPA to finalize its rollback of a coal power plant standard that limits the brain-damaging mercury and arsenic they release.

The reason for the rush has a lot to do with bets on whether this is Trump’s final year in office. The administration is in a race against an artificial deadline set by the 1996 Congressional Review Act that allows a simple majority in Congress to easily reverse Trump’s rollbacks in 2021. But the law only applies to regulations that were passed in the final 60 days of the congressional calendar, which means you can count on a lot more rollbacks until that deadline in late May. Without the CRA, a Democratic administration could spend much of its first term slowly working to reverse the damage Trump has unleashed.