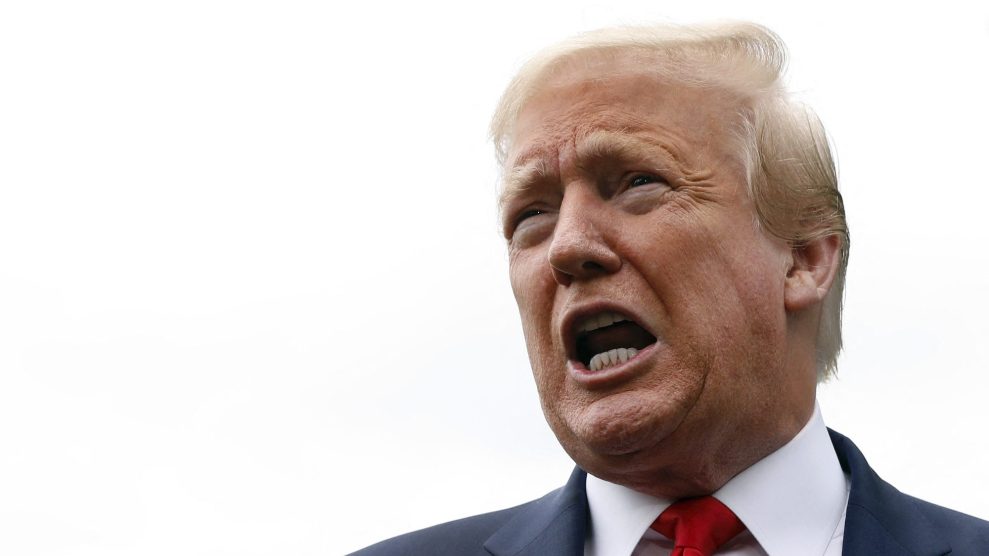 At the very top of the Interior Department’s list of priorities is to “create a conservation stewardship legacy second only to Teddy Roosevelt.”

It’s a vow that dates back to former Interior Secretary Ryan Zinke. In December 2017, after less than a year on the job, Zinke declared that goal complete, publishing an extremely thin list of actions that he believed rivaled those of his hero and America’s conservation president. Upon resigning from the administration in January 2019, Zinke claimed, among other things, that the Trump administration is “one of the leading conservationists.”

David Bernhardt, who replaced Zinke atop the federal agency, has carried the torch forward, just not for himself. “One of the president’s priorities is to strive to ensure a conservation legacy second only to Theodore Roosevelt,” he said during his Senate confirmation hearing in March 2019.

Environmentalists, outdoor sporting groups and even a great-grandson of Roosevelt himself have repeatedly blasted the Trump administration for invoking and comparing itself to the 26th president. And a new analysis from the Center for American Progress shows just how wildly off the mark the administration is.

By the numbers, Trump is the most “anti-nature” president in US history, the left-leaning think tank found.

“If the Trump administration aspires to build upon Teddy Roosevelt’s conservation legacy, they may want to consider stopping their attacks on the very system of public lands that Roosevelt helped build,” said Jenny Rowland-Shea, CAP’s senior public lands policy analyst and a co-author of the report. “The numbers reveal an administration that has handed extractive industries access to public lands at a scope and scale we’ve never seen before.”

Trump is the only president to strip protections from more acres of public land than he’s protected, according to the analysis. The administration has weakened or is in the process of rolling back protections for nearly 35 million acres of federal land, an area roughly the size of Florida.

That includes slashing protections for 10 million acres of greater sage grouse habitat in seven Western states to allow energy and mineral development; a directive to greenlight logging on more than 9 million acres of Alaska’s Tongass National Forest, the planet’s largest remaining intact temperate rainforest; and carving more than 2 million acres from a pair of protected national monuments in Utah―Bears Ears and Grand Staircase-Escalante―the largest rollback of national monuments in US history.

The 35 million acre figure does not include the more than 24 million acres of public lands that the Trump administration has offered at auction to oil and gas drillers or its controversial offshore drilling plan that could open up nearly all US waters―some 1.5 billion acres―to fossil fuel development.

Meanwhile, the Trump administration has protected via executive action less than 37,000 acres, CAP found. That includes the administration’s extension of a mining ban on 30,000 acres in Zinke’s home state of Montana, in an area just north of Yellowstone National Park.

Nicholas Goodwin, a spokesman for the Interior Department, dismissed CAP as “an extremist, special interest organization.”

“The Trump Administration has a proud legacy of preserving our lands for future generations, while expanding access and creating new opportunities for hunters, anglers and outdoor enthusiasts,” he said via email.

The Interior Department often highlights its efforts to expand hunting and fishing on federal lands. Last month, it proposed new and expanded hunting and angling opportunities on 2.3 million acres across 97 national wildlife refuges and nine national fish hatcheries. While that is said to be the largest single proposed expansion in the agency’s history, the Obama administration made similar annual announcements.

CAP’s analysis comes as the US and nations around the globe reel from a deadly COVID-19 pandemic that’s rooted in environmental destruction, including habitat loss and the trade of wildlife. As HuffPost reported last month, human exploitation of the natural world has led to a rise in infectious diseases spilling from animals to humans, and scientists warn that preventing future outbreaks requires a global effort to better protect ecosystems and combat biodiversity loss.

“Protected lands and waters are a bulwark against the rapid decline of nature, offering a refuge for people and wildlife alike,” CAP writes in its report. “With the United States losing a football field’s worth of natural area every 30 seconds to human development, the planet simply cannot afford any additional destructive anti-conservation actions.”

Earlier this week, the environmental group League of Conservation Voters named Trump the “Dirtiest of All Time” on its 2020 list of politicians with the worst environmental records.

“In the fifty-year history of the Dirty Dozen, no elected official has ever posed a bigger risk to our environment and our health than Donald Trump,” Pete Maysmith, senior vice president of campaigns at LCV Victory Fund, said in a statement.