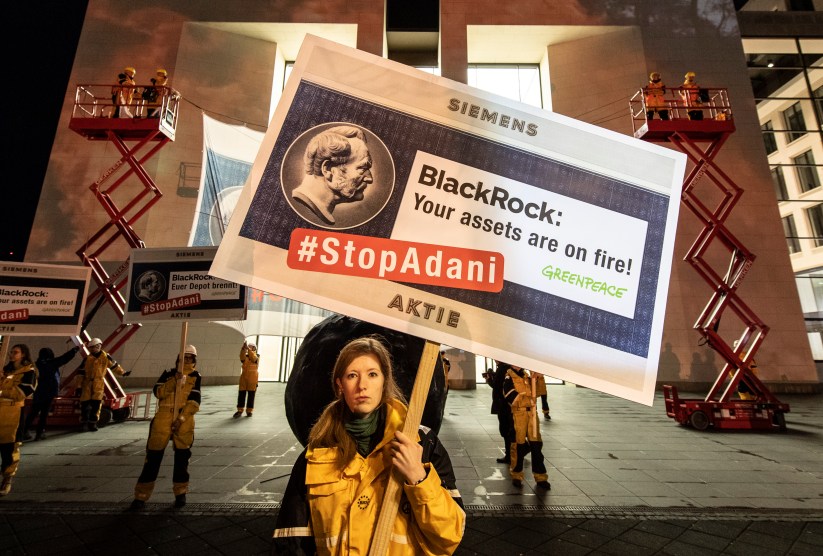 BlackRock, the world’s biggest investment fund manager, has threatened to sell shares in the worst corporate polluters in a bid to support the goal of net zero carbon dioxide emissions by 2050.

Larry Fink, BlackRock’s chief executive, said the investor would ask companies whose shares it holds to disclose their plans to achieve net zero emissions. The new approach is set out in Fink’s annual letter to CEOs around the world. BlackRock could then divest from polluting companies in its actively managed funds—which represent about a tenth of its assets—if they did not improve.

“The pandemic has presented such an existential crisis…that it has driven us to confront the global threat of climate change more forcefully.”

BlackRock has significant influence with companies, investors and governments because of the vast array of shares, bonds and other assets its controls, worth $8.7 trillion at the end of December. Its size makes it a major player in sustainable investment, although only $616 billion of its assets, about 7 percent, are managed with environmental, social or governance criteria taken into account.

Fink said the coronavirus pandemic had increased the focus on the climate crisis among investors.

“I believe that the pandemic has presented such an existential crisis—such a stark reminder of our fragility—that it has driven us to confront the global threat of climate change more forcefully and to consider how, like the pandemic, it will alter our lives,” Fink wrote. “No issue ranks higher than climate change on our clients’ lists of priorities.”

BlackRock has faced significant pressure from environmental activists to improve its record on climate action, given its role as the biggest controller of shares and bonds in the world, including vast holdings of fossil fuel companies.

The pledge to support net zero by 2050 brings BlackRock in line with commitments by more than 100 countries around the world, and with some of its big rivals which have already vowed not to invest in companies that pollute by 2050.

Other investors have gone further. New York City on Monday announced that two of its pension funds for employees and teachers had voted to divest holdings worth $4 billion in fossil fuel companies. “Fossil fuels are not only bad for our planet and our frontline communities, they are a bad investment,” said New York’s mayor, Bill de Blasio.

Part of BlackRock’s pledge will mean taking a more muscular role in its dealings with the companies whose shares it holds, including an increased willingness to vote against boards and in favor of climate resolutions and the “potential exit” from companies who do not try to improve. It will focus its efforts on 1,000 companies—up from 440 during 2020—who together account for 90 percent of emissions from BlackRock’s portfolio.

The asset manager last year pledged to divest from companies who made more than 25 percent of their revenues from thermal coal, but the latest decision to threaten further divestments represents a stronger signal particularly to oil and gas extractors who do not have a plan for net zero emissions.

However, the company will retain vast holdings in fossil fuel companies because of its role in providing funds that passively track investment indices, about 90% of its holdings. Even after the thermal coal pledge BlackRock owns assets worth $85 billion in coal-producing companies.

Environmental activists welcomed BlackRock’s decision to consider divesting from the worst climate laggards. However, Gaurav Madan, a senior campaigner at Friends of the Earth, said its actions, including the net zero pledge, were “too little, too late”.

“This doesn’t rise to the visionary leadership we need from the world’s largest investor in coal, oil and gas, and deforestation-linked commodities,” he said.

BlackRock says it is not its role to force its clients to divest from fossil fuel producers, but it argues that it is making it easier for clients such as pension funds and university endowments to choose environmentally friendly investments rather than support polluters. These included new measures showing “temperature alignment” scores for equity and bond funds, further adding climate risks into its investment processes and launching new funds aligned with the net zero goal.