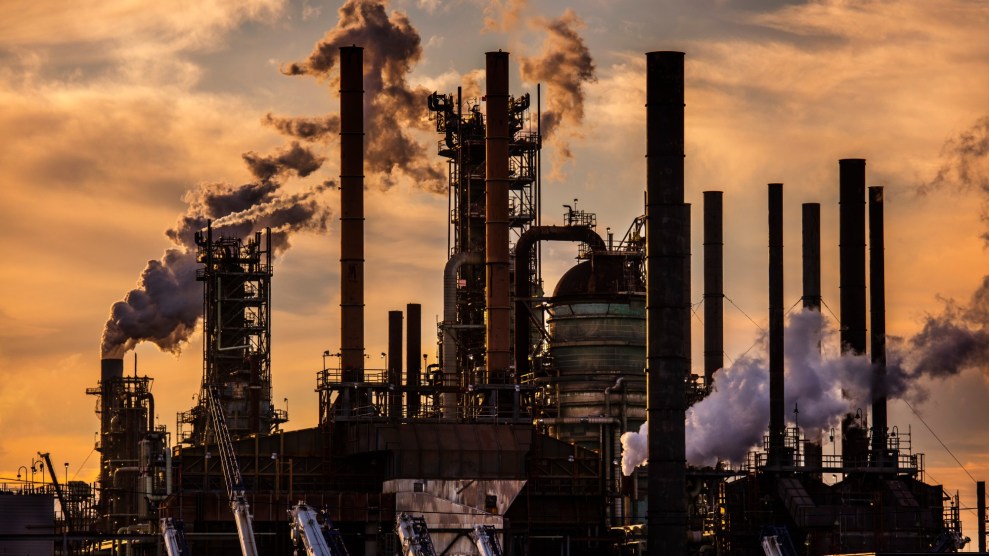 Some of the world’s biggest fossil fuel companies have used advertising to “greenwash” their ongoing contribution to the climate crisis, according to files published by the environmental lawyers ClientEarth. They describe the practice as “a great deception.”

The files compare the adverts produced by ExxonMobil, Aramco, Chevron, Shell, Equinor and others with the companies’ operations and products, overall climate impact and progress toward climate-safe business models.

ClientEarth is calling on policymakers to ban all fossil fuel company ads unless they come with tobacco-style health warnings about the risks of global heating to people and the planet. Its lawyers lodged a complaint in 2019 alleging that BP’s advertising campaigns had misled the public by focusing on the company’s low carbon energy products, when more than 96% of its annual spend was on oil and gas. BP withdrew the ads before the complaint was assessed. ClientEarth said it was now putting other fossil fuel companies on notice over greenwashing adverts.

“We’re currently witnessing a great deception, where the companies most responsible for catastrophically heating the planet are spending millions on advertising campaigns about how their business plans are focused on sustainability,” said Johnny White, one of ClientEarth’s lawyers.

“We need to reduce reliance on fossil fuels, but instead of leading a low-carbon transition these companies are putting out advertising which distracts the public and launders their image. Our research shows these adverts are misrepresenting the true nature of companies’ businesses, of their contribution to climate change, and of their transition plans.”

ClientEarth said warnings on oil company adverts should state that fossil fuel products are the main cause of global heating and that companies must divulge how much they are spending on fossil fuels compared with their low-carbon businesses.

A Shell spokesperson said: “Our target is to become a net-zero emissions energy business by 2050, in step with society’s progress towards the goal of the Paris agreement on climate change. Our short, medium and long term intensity and absolute targets are fully consistent with the more ambitious 1.5C goal of the Paris agreement. And our targets cover the full range of our own emissions and our customers emissions.”

A Chevron spokesman rejected ClientEarth’s analysis. He said: “We engage in honest conversations about the energy transition. We believe the future of energy is lower carbon and are working to help the world achieve that goal. We are taking action to reduce the carbon intensity of our operations and assets, increase the use of renewables and offsets and invest in low-carbon technologies.”

ExxonMobil, Aramco and Equinor did not respond to a request for comment.

The Guardian announced in January 2020 that it would no longer accept advertising from oil and gas companies.