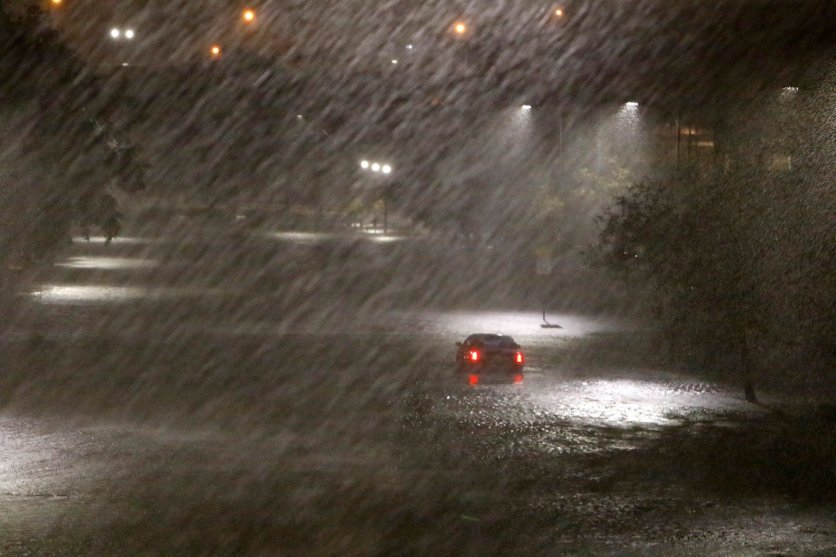 The climate crisis is damaging the mental health of hundreds of millions of people around the world but the huge costs are hidden, scientists have warned.

Heatwaves are increasing rates of suicide, extreme weather such as floods and wildfires are leaving victims traumatized, and loss of food security, homes and livelihoods is resulting in stress and depression. Anxiety about the future is also harming people’s mental health, especially the young, the scientists said in a report.

However, they said tackling climate change could turn this into a virtuous circle. Action by individuals, communities and governments not only cuts the impacts of heating but also boosts people’s mental wellbeing by giving them healthier lives and a sense of hope and agency.

“Mental health is the unseen impact of climate change at the moment,” said Emma Lawrance of Imperial College London, who led the report. “It is a big problem that is going to affect more and more people into the future, and in particular exacerbate inequality. It is very likely to be a really big unaccounted cost.

“Taking climate action seems to be very positive for mental health, both on an individual and community scale.”

“If you have lost your home, if you’re at risk of repeated flooding, if you’re grieving because you’ve lost a family member to a fire or your livelihood because of a drought, that is shock and trauma that translates for some into very prolonged distress and diagnoses of PTSD, anxiety, depression and increased risk of suicide.”

Even for those not yet directly affected, so-called eco-anxiety about the future has an impact, Lawrance said. “Anecdotally there are rising rates of distress, and it is going to affect a huge number of people. The grief and fear that comes with that, and especially for young people who see inaction on climate, can really exacerbate distress.” Even in the midst of the pandemic in 2020, young people in the UK reported significantly more stress about climate change than Covid-19, she said.

But Lawrance added: “Taking climate action seems to be very positive for mental health, both on an individual and community scale, but also as a society.” She said the costs to mental health and the benefits of action must become part of the mainstream work on tackling the climate crisis.

Adrian James, the president of the UK’s Royal College of Psychiatrists, said: “This is a landmark paper providing an essential summary for governments and healthcare services alike. [It] underlines that without urgent action the planetary crisis will impact on all aspects of health for generations to come.”

The report concludes: “The climate crisis affects the mental wellbeing of hundreds of millions of people around the world. These impacts are currently ‘hidden costs’, unaccounted for in policy and planning.”

Less than 1% of 54,000 medical research papers that mentioned climate change from 2010-20 also mentioned mental health, the researchers found. But while much more research is needed, it is already known that rates of suicide increase with rising temperatures, with one study finding a rise of 1% per 1C increase in heat above a certain threshold.

Cases of psychological trauma arising from a disaster can exceed physical injury cases by 40 to 1.

There is also evidence that air pollution and extreme weather events such as wildfires and hurricanes can contribute towards higher rates of suicide. Furthermore, people with pre-existing mental illness, particularly psychosis, dementia and substance abuse, are two to three times more likely to die during heatwaves.

How high temperatures directly affect mental health is unknown but scientists suggest changes in blood flow to the brain, perhaps exacerbated by medications, and lost sleep may be factors.

The number of cases of psychological trauma arising from a disaster can exceed physical injury cases by 40 to one, the report said, noting that after recent Australian bushfires the government spent A76 million providing mental health support.

Climate impacts can also indirectly damage mental health by harming loved ones, causing the loss of homes or jobs, reducing access to water, food or healthcare, or displacing people from their communities. Poorer mental health has been reported by people affected by flooding in the UK and Thailand, by displacement including in Puerto Rico and Florida after Hurricane Maria, and from rural areas into towns after droughts in Australia and Sudan.

However, actions that cut global heating can also benefit mental health, such as making walking and cycling easier, providing nature-rich places that people can visit, and making homes warmer and less damp through energy efficiency measures.