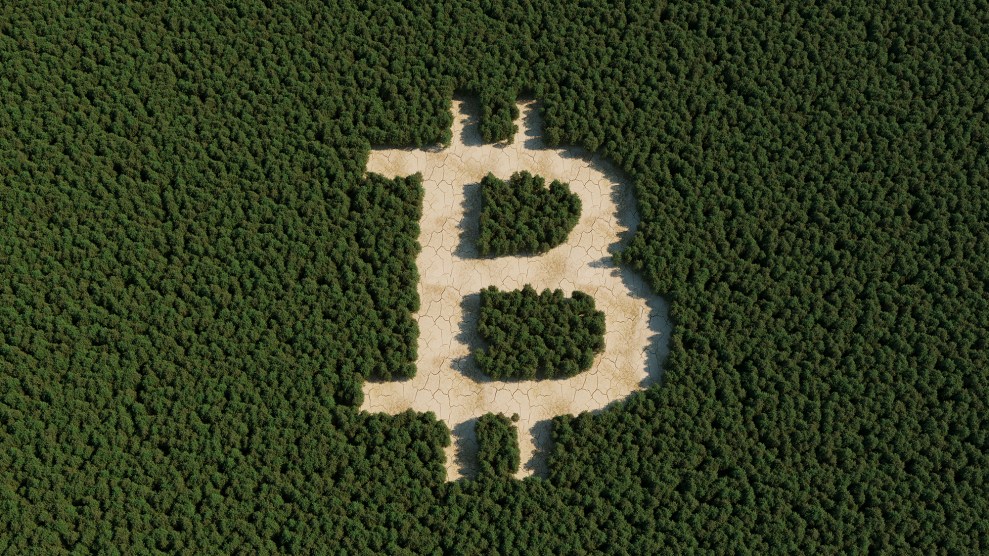 Bitcoin is less “digital gold” and more “digital beef,” according to a study that suggests the cryptocurrency has a climate impact greater than that of gold mining and on the level of natural gas extraction or rearing cattle for meat.

The research from the University of New Mexico, published in the journal Scientific Reports, assessed the climate cost of various commodities as a portion of their overall market cap.

Some, such as coal, cause almost as much damage as the entire value of the market they support, a 95 percent ratio, according to the analysis. Other commodities, such as pork production, generate huge climate impacts in absolute terms but only because the market is so massive.

Bitcoin, however, lies in between the two. According to the economists, the climate damage of producing the digital currency has averaged 35 percent of its market value over the past five years, peaking at 82 percent in 2020.

That is comparable to beef, which causes harm equal to 33 percent of its market, or natural gas, which hits 46 percent. And it is far in excess of gold, the commodity that the cryptocurrency’s backers most compare it to, which has a climate impact of just 4 percent of its market value, thanks to its enormous overall value dwarfing the large environmental impact of its extraction.

The digital currency’s disproportionate harm to the climate comes from its reliance on a computing process to verify transactions called “proof-of-work mining,” which requires huge electricity expenditures to participate, rewarding those who carry it out with the chance to win some new Bitcoin.

On more than one day of 20 in the period the researchers examined, the climate damage from these “Bitcoin miners” exceeded the value of the coins produced, overwhelmingly due to that electricity consumption.

Some have argued that renewables could cover this demand but the authors wrote that the climate damage for each dollar of value created was 10 times worse for Bitcoin than for wind and solar generation—representing “a set of red flags for any consideration as a sustainable sector.”

This past week, a different study on the climate impacts of Bitcoin found the proportion of fossil generation used to power proof of work was far higher than that claimed by advocates.

Cambridge University’s Bitcoin electricity consumption index has long tracked the estimated power use of the Bitcoin network, but an update launched this month adds a new dataset to the estimates: a “mining map.” This shows the geographical distribution of Bitcoin miners.

Combining that data with previous studies on regional differences in electricity generation, the researchers were able to estimate the proportion of generation which is renewable.

“The results show that fossil fuels account for almost two-thirds of the total electricity mix (62.4 percent) and sustainable energy sources 37.6 percent (of which 26.3 percent are renewables and 11.3 percent nuclear),” wrote Cambridge’s Alexander Neumueller.

“The findings thus noticeably deviate from industry findings that estimate the share of sustainable energy sources in Bitcoin’s electricity mix to be 59.5 percent.”

However, even though the generation mix is still carbon-intensive, the overall emissions of Bitcoin have fallen in the past 12 months because of the sharp decline in the value of the cryptocurrency.

Prices for Bitcoin, and therefore the anticipated payouts to miners, have fallen by two-thirds, sending some out of business and leading others to cut their activities, in the process cutting emissions by about 14 percent compared with 2021, the researchers estimate.

Those emissions are comparable to those of countries such as Nepal or Central African Republic, the Cambridge team says.