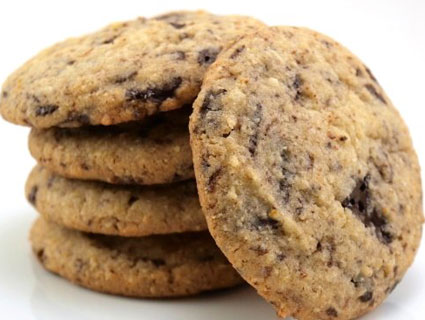 As I sit down to write this post, I’m munching on a chocolate-orange cookie, something I grabbed to get me through a mid-morning energy slump. Packed with processed sugar, this treat could be considered just some empty calories I burn off as long as I take a rigorous walk at lunch or practice yoga after work. But scientists from the University of California–San Francisco, whose article “The Toxic Truth About Sugar” came out yesterday in Nature, are hoping to change this mindset. “There is nothing empty about these calories,” they write, arguing that a growing body of evidence places the blame of the worldwide increase in chronic diseases such as liver toxicity, obesity, and pancreatitis squarely on the shoulders of this pervasive ingredient.

If UCSF researcher Robert H. Lustig and his team had their way, sugar would be regulated similarly to alcohol and tobacco, and would be knocked off of a USDA list of foods “Generally Regarded as Safe (GRAS),” which allows food manufacturers to add unlimited amounts to any food. Using four criteria established in 2003 to justify regulating alcohol, these scientists make a case for why sugar is a public health concern and should be regulated:

So what’s to be done to curb our demand for sugar? The pie in the sky solution for the UCSF scientists is to get food manufacturers to stop adding it to everything under the sun. “But sugar is cheap, sugar tastes good and sugar sells, so companies have little incentive to change,” write Lustig and crew. Another solution is to make it less accessible by taxing it. Denmark is considering a sugar tax, and the United States may soon start taxing sugary sodas per ounce.

But the idea of regulating sugar is going to face plenty of protest from the massive sugar lobby, something that Lustig and colleagues recognize.  Taking hope from the success public health officials have had in fighting the tobacco lobby and regulating smoking in places nationwide, the UCSF researchers are optimistic about the government’s ability to take on sugar like it has taken on smoking.